Apparently Nokia is testing a third Windows Phone alongside the Lumia 820 and Lumia 920 expected to be announced next week. This third device, revealed by sources close to The Verge, is apparently codenamed as the "Glory", and will be a follow-up to the low-end Lumia 610 device. Perhaps the strangest part of the rumor is that the smartphone is supposedly running Windows Phone 7.8, an operating system we thought was reserved for legacy devices. 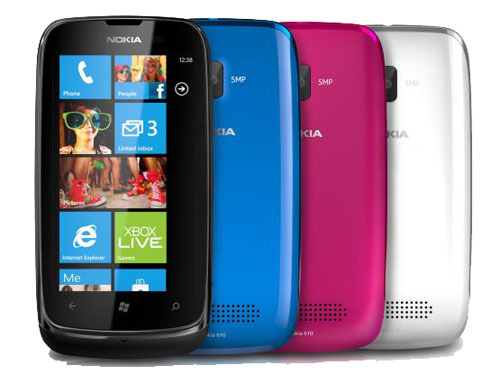 This is the Nokia Lumia 610, which the "Glory" is set to replace

The Nokia "Glory" is said to have a 4-inch display (an upgrade from the 3.7-inch screen in the Lumia 610) as well as low-end specs like an 800 MHz processor and 256 MB of RAM. Rumor has it that this device will be available as early as the holiday season, but this has "not been fully determined".

Either way, it's unlikely Nokia will be showing off the low-end "Glory" at their event on September 5th, instead leaving an announcement for later in the year not to spoil the unveiling of their newest high-end Windows Phones.