In the past four days here at Neowin we have reported on a whopping 14 Windows Phone 8-related leaks and rumors, ranging from leaks surrounding the Nokia Lumia 820 and Lumia 920, to the Nokia "Glory", the HTC "Accord", the Rooms feature in WP8, accent colors, Beats Audio and more. Now we're add another rumor to the pile, and this is surrounding another Nokia Windows Phone 8 device codenamed the "Zeal". 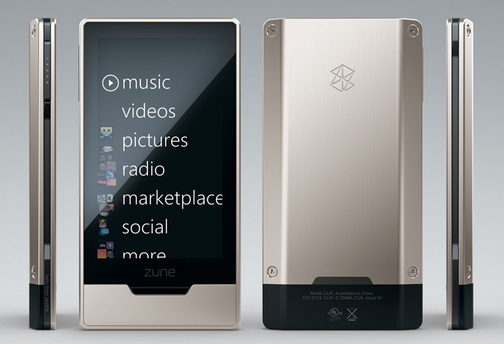 This is the Zune HD, which the Nokia "Zeal" is said to be styled like

According to the folks over at The Verge, the Zeal will be a mid-range device that will slot into the new Lumia line-up below the Lumia 820 and Lumia 920. It will contain a 1.0 GHz dual-core processor (possibly the Snapdragon S4 MSM8227 from the Plus series), 512 MB of RAM, 8 GB of on-board storage and a microSD card slot. The device is also supposed to have a 4.3-inch display.

The rumor also states that the design of the device is similar to that of Microsoft's Zune music players, but also with Nokia's unibody design elements. The Zeal is slated for an early 2013 release, but it won't be shown off at Nokia's Wednesday event; instead it's possible that it could be revealed alongside the lower-end Nokia "Glory".