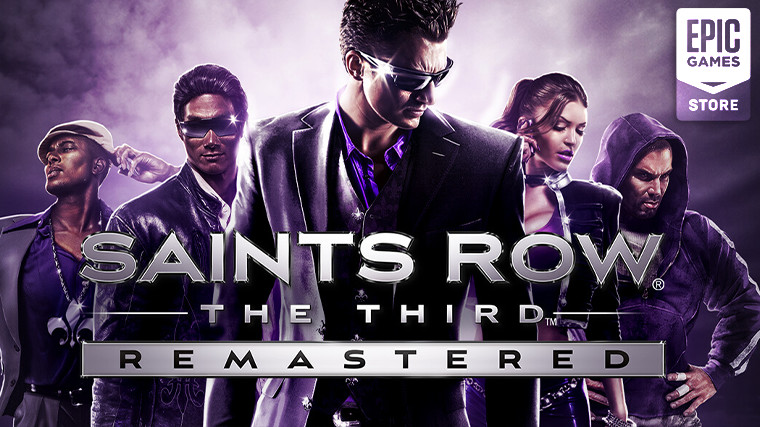 Epic Games Store is kind of breaking its Thursday giveaway tradition by having a freebie go live a little early. In a surprise reveal celebrating the newly announced Saints Row reboot, which is Epic Games Store exclusive on PC, the storefront has begun a special giveaway for Saints Row: The Third Remastered.

The remaster released just last year, giving the 2011-released open-world action game a fresh coat of paint. Aside from the base game, every piece of post-launch content is in the package, bringing in the three expansions (Genkibowl VII, Gangstas in Space, and The Trouble with Clones) and 30 DLC packs.

The outlandish weapons, deep character customization options, and two-player co-op support are all here as well. This third entry is what pivoted the Saints titles to a more over--the top, comedic franchise. Strangely enough, the newly announced reboot may be dialing the comedic elements back a little and going back to its roots.

The Saints Row: The Third Remastered giveaway will last through September 2. But that's not all, as last week's Void Bastards and Yooka-Laylee giveaways are still available for another day since the latest one arrived early. The previously scheduled Automachef giveaway will begin as usual tomorrow and last for a week as well.