An alleged benchmark for the upcoming Samsung AMD hybrid Exynos SoC, likely to be called the Exynos 2200, has leaked. The chipset sports the ID "s5e9925" which purportedly belongs to the next-gen Exynos AMD hybrid, according to GalaxyClub.

The score is from a Geekbench 5 run spotted by Twitter leakster Benchleaks and the number suggests that the upcoming mobile chipset could disappoint the people who are looking forward to a significant bump up in processing throughput over what the company currently offers with the Exynos 2100. That's because the chipset is rumored to be made of a similar configuration consisting of a combination of 1x Cortex-X1, 3x Cortex-A78, and 4x Cortex-A55 cores like that in the Exynos 2100.

The graphics, however, - that will be based on AMD RDNA 2 architecture and allegedly codenamed the AMD Voyager, - is said to offer a large improvement in the performance and may be able to take on the upcoming Apple A15 Bionic effectively. The latter will likely be featured in the next-gen iPhone 13.

Essentially the Samsung Exynos 2200 appears to be really geared towards gaming mostly but should offer enough performance for most people. 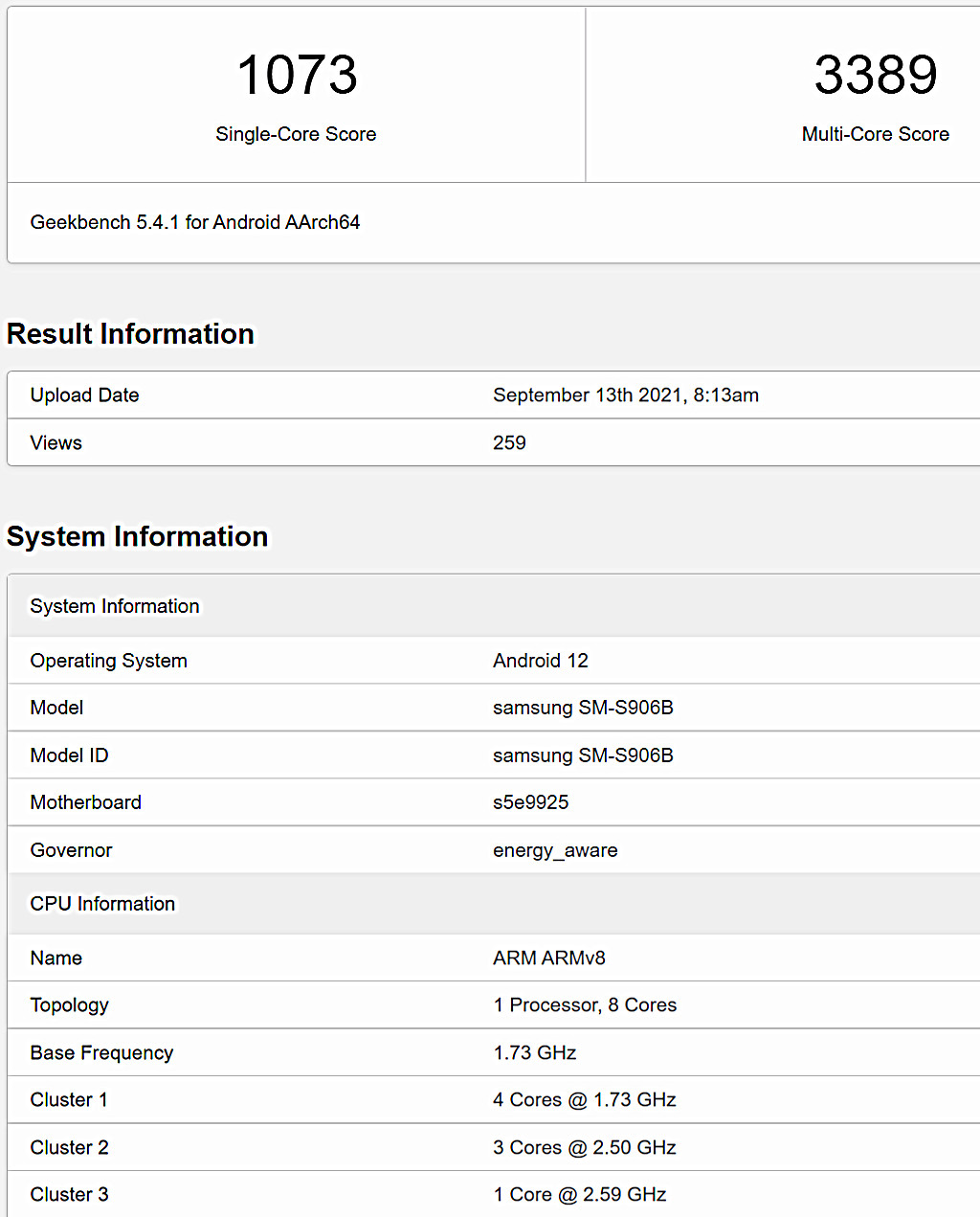 The score has been presented below in a table alongside Apple's A14 Bionic and the Exynos 2100.

It has also been alleged by another Twitter user FrontTron that the "samsung SM-S960B" model as can be seen here as the model ID for the tested part actually belongs to the upcoming Samsung Galaxy S22 Plus handset.