It's been three months since Samsung unveiled its new flagships, the Galaxy S6 and Galaxy S6 edge, but the company has now unveiled a third addition to the line - and it's one that we've been expecting for a while. 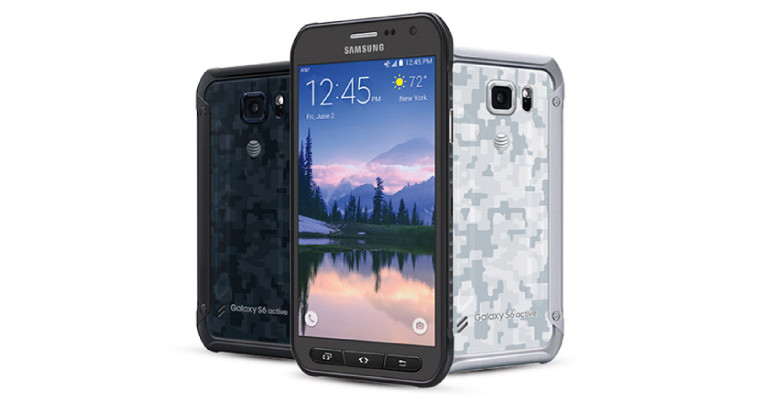 The Galaxy S6 active is the 'ruggedized' model in the high-end range of S6 devices, with IP68-certified casing that's dust-proof, shock-resistant and water-resistant (up to a depth of 1.5 meters for 30 minutes). Its key specs include:

The generous 3500mAh battery in the S6 active will surely make it even more attractive to buyers - in comparison, LG's new flagship G4 has a 3000mAh battery, while the Galaxy S6 edge has to make do with just 2600mAh. Still, it's some way short of devices like the Doogee S6000 that we took a look at earlier today, which has a massive 6000mAh battery.

The Galaxy S6 active is launching exclusively on AT&T in the US on June 12, with three color options available: Blue Camo, White Camo and Gray.

You can check out more about the device in the video below:

Off-contract pricing has not yet been announced, but AT&T says that you can get the device with $0 down on a Next plan, with varying monthly payments depending on the length of your agreement.

To sweeten the deal further, the carrier is offering a free Samsung Galaxy Tab 4 8.0 tablet for those who purchase the device with an AT&T Next agreement, although you will be required to purchase a separate wireless plan for the tablet in order to get it free.

You can also get a Samsung Wireless Charging Pad with 50% off when you buy the handset before July 23.