Samsung's ATIV S was one of the first wave of Windows Phone 8 handsets, launching alongside the likes of the Nokia Lumia 920 and 820. At its launch, it was a flagship-class device, although it has since been superseded by the ATIV SE. 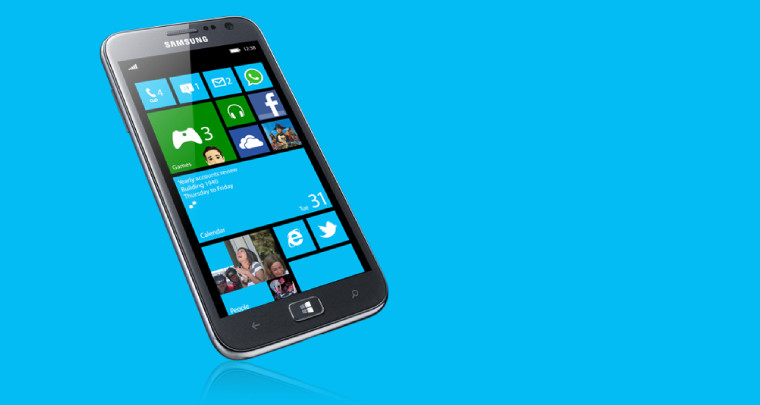 So the ATIV S is no longer cutting edge - but the entry-level Lumia 520 that launched a few months after it, and which continues to sell in huge numbers, has shown that even an older device can become desirable at the right price. 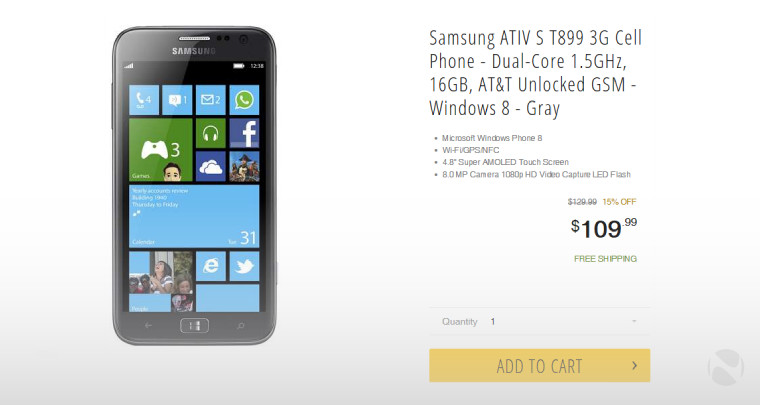 The ATIV S may well have hit the right price for some buyers looking for an affordable Windows Phone with a large display, a sleek and fairly light body, and a decent spec sheet. As WMPowerUser reports, the ATIV S is now available from NewEgg for just $109.99 off-contract - quite a drop in price for a handset that once retailed for over $500.

Although the device comes with Windows Phone 8 pre-installed, the newer 8.1 update began rolling out to the ATIV S last October.

While the handset is unlocked, you will need to ensure that it is compatible with your carrier, as it is still limited to operating only on certain wireless frequencies. The deal will remain available for the rest of this week.