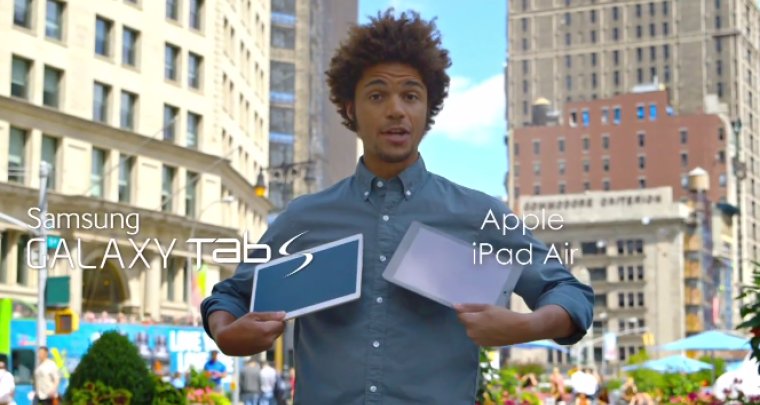 We've seen it before: Samsung attacking Apple. The company has orchestrated elaborate PR campaigns, spent millions in court, and has created countless ads positioned to mock current Apple product owners. Well , it should be no surprise that Samsung is back at it again, this time showing off its Galaxy Tab S.

Samsung takes its newly released Galaxy Tab S and gives New Yorkers a hands-on experience with the tablet to get their opinions on the device. Naturally, Samsung pits the Galaxy Tab S against its most formidable competitor, the Apple iPad Air. After approaching several people  and having them compare the two tablets, the consensus is clear: the Galaxy Tab S is thinner, brighter, and lighter.

Although this may be true for the time being, Apple could turn the tables on Samsung in a few weeks when it unveils new products at its Sept. 9 event. Although it's uncertain what is going to be announced, there is the possibility that Apple might unveil a new iPad Air successor.

For the time being, however, Apple product owners will have to take these commercials in stride and hope that Apple releases competing devices that won't leave them being the butt of every Samsung  joke.