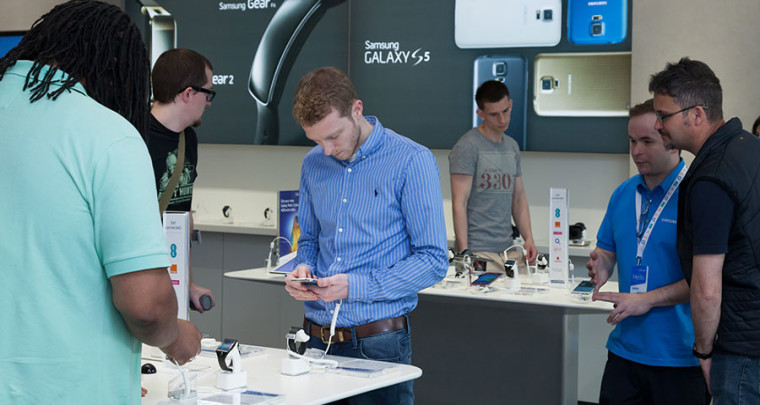 Samsung has closed its flagship Samsung Experience Store in London, likely in response to its disappointing 2014 smartphone sales.

This was one of Samsung's primary exhibition spaces in London at Westfield in Stratford City, where it sold and heavily promoted its phones such as the Galaxy S4 and S5. It can't be an easy decision for the company to close one of its primary UK retail spaces.

Samsung Experience Stores are the only place to find our full range of smartphones, tablets, laptops, cameras and genuine accessories, including Samsung exclusives you won't find anywhere else. Plus you'll get expert help from the people who know our products best.

The closure likely comes as a response to Samsung's slumping smartphone sales, which have been disappointing to say the least. It seems that Samsung are trying to save as much money as they can in order to try and increase profits next quarter.

Samsung recently announced its intention to launch 60 new retail locations across Europe but in line with this development, that plan may also have to be changed.

This is not the first cutback Samsung has made this year: it recently ceased to sell laptops in Europe in an effort to reduce costs and to pay more attention to its more popular divisions, such as its smartphones, although smartphones have also have been disappointing for Samsung this year.

With devices like the Galaxy S6 coming soon, Samsung hopes to improve its profits once again but it looks like 2015 isn't going to be an easy year for the company.