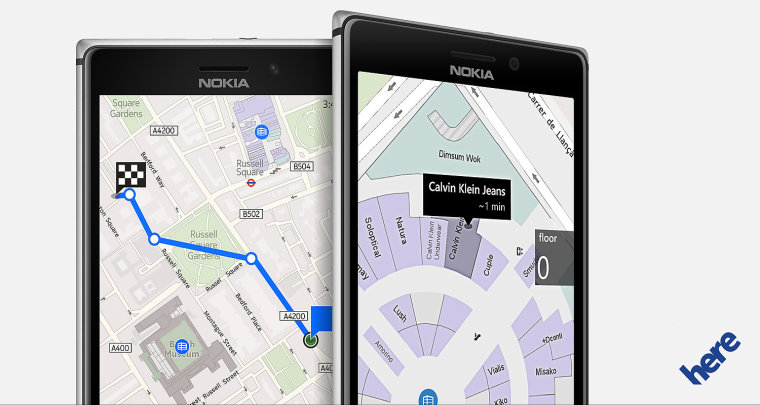 Nokia's HERE Maps will become available for all Samsung devices, as the companies have entered into a licensing agreement.

Samsung is a major player among the Android device manufacturers but it has been keeping its flavour of the operating system different from the pure Google experience since the very beginning. Now, it seems the company will push this even further by giving an alternative to Google's mapping platform which is the default map provider on Android devices.

HERE Maps are widely used by many manufacturers who develop devices based on competing platforms such as Windows Phone and Firefox OS. However, Android devices except a few such as the Nokia X, feature alternate mapping solutions as the Google Maps service is deeply integrated into the OS.

According to Nokia, HERE will be the default maps provider on the Gear S smartwatch, while other Galaxy devices can avail the application from the Galaxy App Store for free. Currently, the smartphone version of the app is in beta stage. The features revealed by the company include offline turn-by-turn navigation and public transport data of more than 750 cities in over 40 countries.

A couple of years ago, Apple completely ditched Google Maps in its last operating system. However, with Android it will be interesting to see how Samsung tackles the dependency of many applications on Google Maps which fail to install without its existence, if it decides to completely do away with Google.