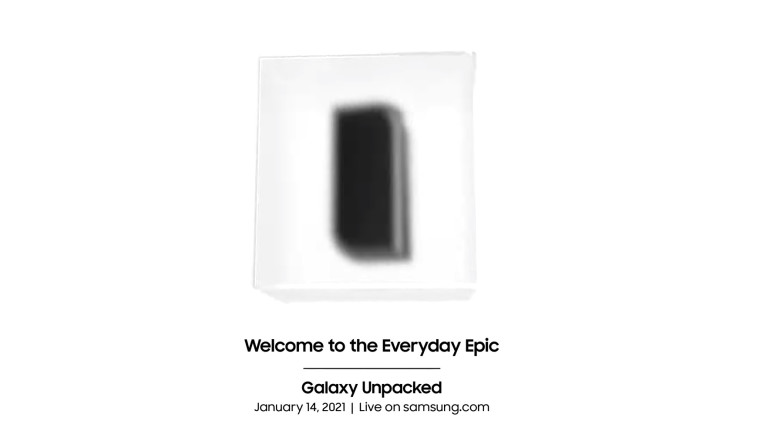 Samsung today announced its latest Unpacked event for January 14, 2021. The company is expected to announce its next Galaxy S flagship lineup, the Galaxy S21 series, at the event. The event invitation from Samsung carries the tagline 'Welcome the Everyday Epic.' It is scheduled to start at 10 a.m. EST on January 14, 2021.

Due to the ongoing pandemic, Samsung will not be holding a physical event for its first Galaxy Unpacked event of 2021. Instead, it would be holding a virtual event that would be live-streamed on its website as well as on YouTube and other channels.

Samsung is launching the Galaxy S21 series earlier than usual this year to better compete against the iPhone 12 series.

The phones will be powered by the Snapdragon 888 chipset in the U.S., with the international variants featuring Samsung's own Exynos 2100. The Galaxy S21 Ultra will feature a new second-gen 108MP primary camera along with two telephoto lens for different zoom range and a 12MP ultra-wide shooter. The regular Galaxy S21 and S21 Plus will feature a primary 12MP f/1.8 shooter with OIS, 12MP ultra-wide, and a 64MP camera for hybrid zoom.

Leaks indicate the Galaxy S21 series will go on sale by the end of the month itself.