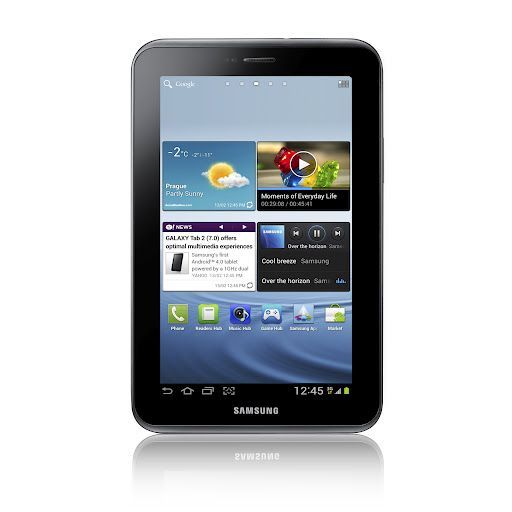 Even though Samsung hasn't really sold a lot of its various Galaxy Tab tablets since it was first announced back in September 2010, that isn't stopping the company from releasing new models. Today Samsung revealed the Galaxy Tab 2 7.0, a new seven inch version of the tablet that will also be the first Galaxy Tab that will come with Google's new Android 4.0 operating system out of the box.

Aside from the new Ice Cream Sandwich OS, there's not a lot to crow about in terms of the tablet's hardware features. It has a 1 GHz dual core processor, a mere three megapixel rear facing camera, a VGA front facing camera, 1 GB of memory, and support for either WiFi only or WiFi/HSPA＋ 21Mbps wireless connections.

The Galaxy Tab 2 7.0 will be sold in 8 GB, 16 GB and 32 GB versions for storage and it will also have a MicroSD slot to add additional storage space up to 32 GB.

Samsung says it will launch the tablet in the UK sometime in March followed by other countries around the world at some time in the future. Pricing for the Galaxy Tab 2 7.0 has yet to be announced.