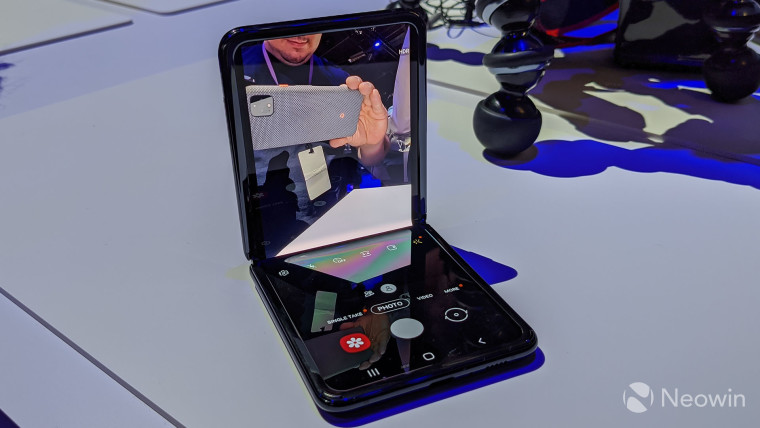 The Samsung Galaxy Z Flip went up for pre-order in South Korea and the United States earlier today. If the initial demand is anything to go by, it looks like either Samsung had very limited stocks of the device or the company has a hit on its hand.

In the United States too, the demand for the Galaxy Z Flip seems to be pretty high. The foldable device has already sold out across many Best Buy locations. If you are interested in ordering the $1,380 foldable device, your best bet is to order it directly from Samsung's online store which promises a delivery date of February 18.

Best Buy put Galaxy Z Flip preorders up early and all local SF stores sold out of in store pickup before I could finish checkout. Getting one shipped :|

Samsung's Palo Alto store told me today that they'd have less than 10 units, had been planning to line up lol

The Galaxy Z Flip is Samsung's second foldable device after the Galaxy Fold. It was announced earlier this week alongside the Galaxy S20. It does not pack flagship specs like the Galaxy Fold from last year which has perhaps helped Samsung in keeping its price in check. While the Galaxy Fold had a price tag of $2,000, the Z Flip costs $1,380. For now, the device has gone up for pre-order in the United States and South Korea, but its availability will expand to other markets soon as well.