Not long ago, cell/mobile phones were getting smaller and smaller. When mobile phones started to become the mainstay of everyone’s pocket, we had the choice between the candy bar, flip, slide and PDA. Nowadays, the flip phone is mocked in memes (although Samsung are attempting to give the design a comeback) and phones that are at least 4.5” in size are the norm.

It’s quite fitting mentioning Samsung, as they are to release the next pocket busting – probably literally if you wear skinny jeans – handset: the Galaxy W. 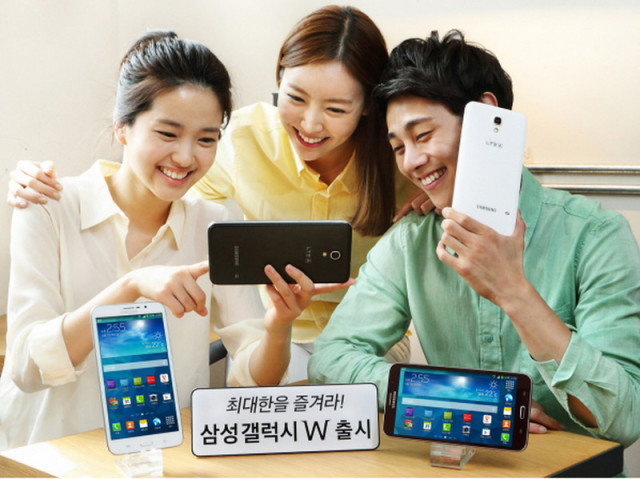 It’s been rumoured for some time, but SK Telecom in Korea have made the 7” palm dwarfing device yet another tick in the box on Samsung’s quest for world, and pocket, domination. So far, we know the device isn’t as high spec as the latest Galaxy Note 3 or S5 phones, coming in with the following:

The screen is noted for being HD, so we’ll take a stab in the dark and say it’ll be limited to 720p (calculated guess based on the specs above), and it will be capable of allowing the home screen to display in landscape (take note Windows Phone team). It also appears to have the same stitched faux leather back seen on the Note 3 and S4 Black edition.

At a second glance, this does appear to be the Galaxy Mega 7.0 (first reported here) with a simple name change being applied.

Source and image: Android Central | Thanks to member Frank B for the tip | Handsets priced from Amazon UK