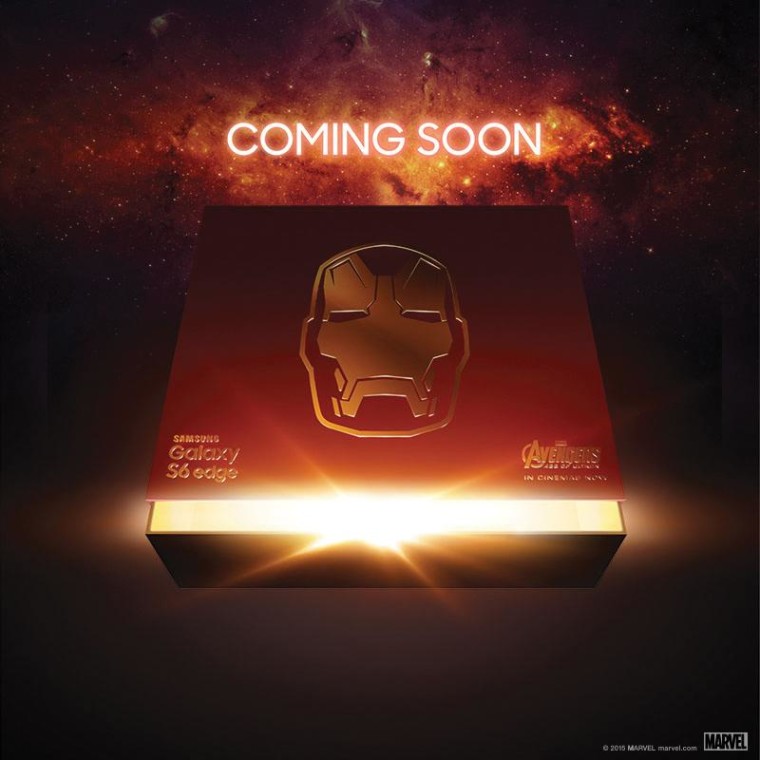 Samsung and Marvel worked together on the recently released Avengers: Age of Ultron movie and Avengers themes for the flagship Galaxy S6 and S6 Edge and their partnership looks set to continue as Samsung has teased an Iron Man Edition of its S6 Edge.

A tweet from the official Samsung Tomorrow account revealed the stylish packaging of the handset and simultaneously confirmed this handset does actually exist. Samsung hasn't revealed a release date but a leak last week suggested that the handset could launch between the end of May and middle of June. This would suggest we're two to three weeks from the launch and as mentioned in the tweet, it's likely to be limited to specific markets only.

Based on the Iron Man Theme for the S6 Edge, the handset could come in an exclusive red color and with the Iron Man theme preloaded and set as default. For Samsung, working with Marvel on an Iron Man Edition has the added benefit of surpassing HTC - who has previously used Robert Downey Jr. in its marketing campaigns - and the brand promotion from working with one of the most popular Avengers characters.

We're not sure if the handset will look as good as the concept dreamt up by a fan (as above) but we can hope, right? More on this as we get it.