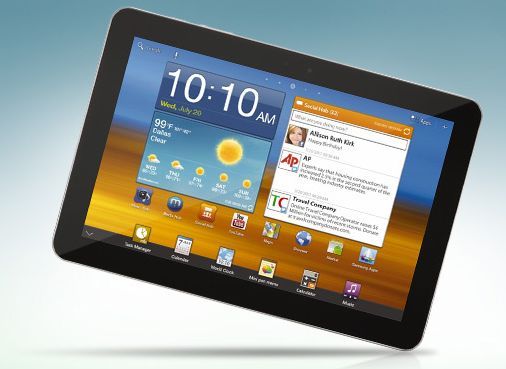 Even as Amazon announced its 7 inch Kindle Fire tablet device for $199 today, other companies continue to announce their own tablets but at much higher prices. This week Samsung announced that it is now taking pre-orders for its new Galaxy Tab 8.9 tablet. It's the newest member of the Galaxy Tab family that has seen both 7 inch and 10.1 inch models released. This new Galaxy Tab 8.9 tablet will go on sale on Sunday, October 2.

The tablet will have a WiFi only wireless connection; there's no word yet if there will be a 3G or 4G version coming. Both models will run Android 3.1 and both also have a dual-core processor, a three megapixel rear camera with flash and a two megapixel front facing camera. The 16 GB version will sell for $469 while the 32 GB version will have a $569 price tag. Samsung previously announced a new 7.7 inch version of the Galaxy Tab but so far there's no word on when it will be sold here in the US.