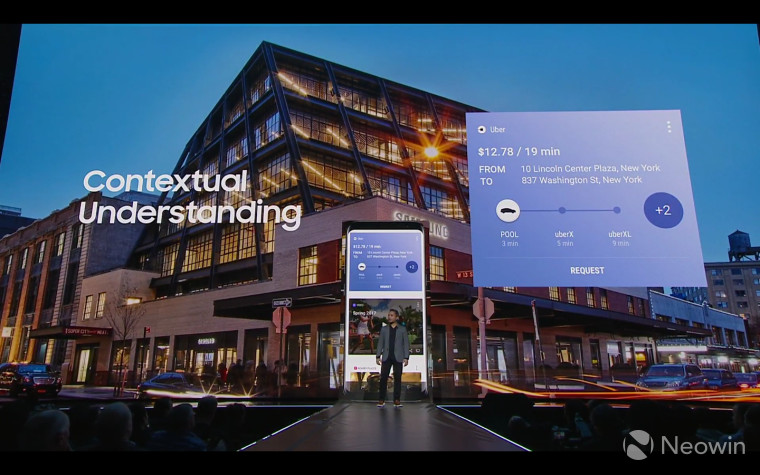 You might have heard about Bixby already, as Samsung confirmed that it would be launching its AI powered virtual assistant alongside the Galaxy S8 and S8+. Now, the company has officially announced the personal assistant, which will be landing on the two flagship smartphones launched during the Unpacked event today.

Bixby will join the likes of Siri, Cortana, Alexa and Google Assistant to become the go-to assistant in the digital space. During the event, Samsung showcased some of the features of Bixby such as context aware interactions, recommendations, and integrations with native apps. Currently, there are very few integrations with third-party apps, but the company is said to be working with partners for more.

The core features of Bixby include Bixby Voice, Vision and Home. As the name suggests Bixby Voice can understand natural language commands to perform various tasks. Vision can recognize objects and show up information about them, in turn helping users know more about whatever they aim their device at. Finally, Home consists of a dashboard of widgets that support Bixby.

Samsung hasn't revealed whether the assistant will be coming to any other devices in the near future. As such, the S8 and the S8+ remain the only two smartphones to feature it for now.