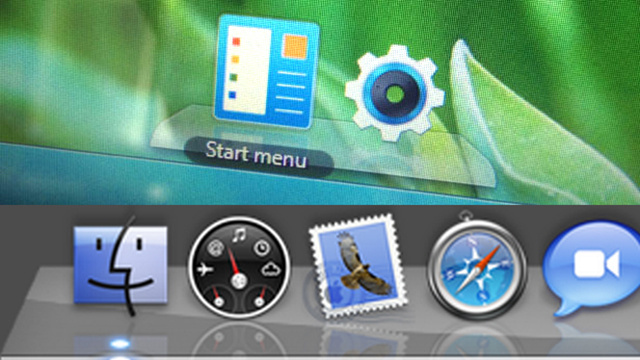 Samsung is currently in a tough spot after they were found guilty of infringing on numerous Apple patents. Seeing as the courts have found the company guilty of this infringement, take a look at Samsung's new S launcher for Windows 8 above.

Samsung is hoping to ease the transition from Windows 7 to Windows 8 with the S Launcher that according to Yahoo, will ship with upcoming Windows 8 machines. If you take a look at the launcher, it looks remarkably similar to Apple's dock on OS X. While not a perfect 1:1 match, Samsung has already been found guilty of copying Apple designs and this new launcher is remarkably close to that of Apple's dock.

Now Apple has previously ignored small developers like RocketDock in the past but seeing as Samsung is a major player in the PC market, they may not be cool with a company copying their dock and then shipping it on the millions of PCs they will eventually sell.

Of course, nothing may come of this but seeing as Apple already has a bit of an issue with Samsung and their willingness to steal Apple designs, Apple could possibly go after the company again when these devices make their way to the market.

But, the S launcher was likely in development before the Apple/Samsung trial kicked off, which means they could pull the application before the launch of these products based on the outcome of the court battle.

Thanks for the tip MohammadMsft