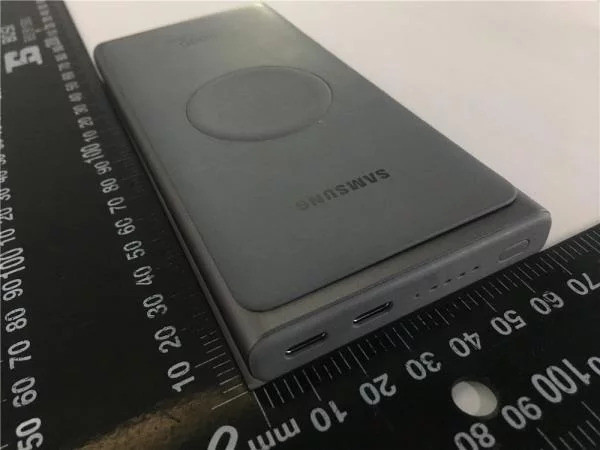 With the Galaxy A70 and Galaxy Note10+, Samsung debuted its 25W super fast wired charging solution based on the USB-Power Delivery standard. Now, the company is working on a power bank with 25W wired fast charging support. The power bank will also feature wireless charging which will likely max out at 15W.

The new wireless power bank will likely retain the same 10,000mAh battery capacity but see its charging speeds go up. It has already been certified by the FCC and its photos have also leaked, showing the two USB-C ports and lack of USB-A.

As of now, there are hardly any power banks in the market which support 25W fast charging over USB-PD. Without support for this standard, the Galaxy Note10 and Note10+ charge slower - 15W/18W - when plugged into a power bank that supports fast charging.

Samsung will either launch its new wireless power bank with 25W fast charging support at CES next month, or at its Unpacked event in February 2020 where it will unveil the Galaxy S11 and its second foldable phone.