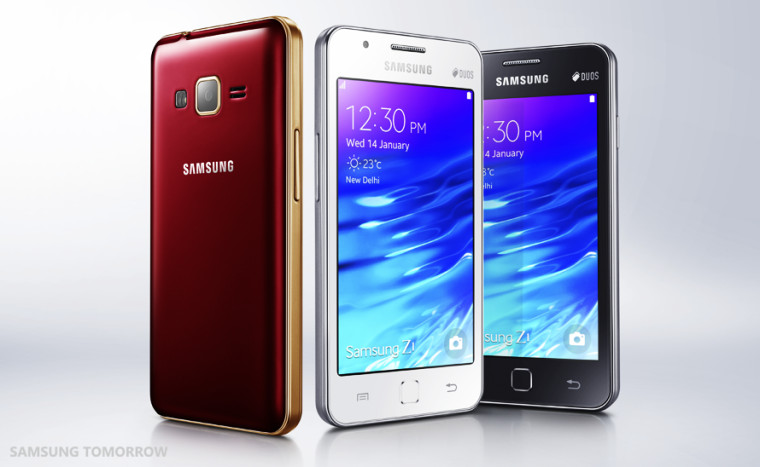 We reported last January about Samsung's Tizen phone, the Z1, getting a "frosty" welcome in India, after a lot of criticism from reviewers and consumers regarding its specifications and lack of apps. The Z1 was marketed towards consumers who are considering upgrading from feature phones to smartphones, without the hefty price tag, at $91. Despite this, the device wasn't very well received in India.

But it seems that Samsung's fortunes for its sole Tizen phone is different elsewhere. According to a new report by Counterpoint Research, the Samsung Z1 was actually the number one selling smartphone in Bangladesh for the first quarter of 2015. Specific numbers or estimates were not provided. However, the research firm itself was quite astonished with the statistics. Quoting the firm:

Surprisingly, Samsung Tizen based Z1 expanded its reach beyond India and got off to a positive start in Bangladesh, initial sell-in remained healthy and was the number one smartphone model in the entire country.

For a refresher, here are the specifications of the Samsung Z1:

Furthermore, the report stated that smartphones account for a mere 21 percent of all mobile phones shipped in Bangladesh. Nonetheless, latest statistics show a 17 percent year-on-year growth on smartphone sales. The smartphone market is currently led by Symphony Mobile, with a market share of 38%, and Samsung coming behind, at 23.4%. Walton and Microsoft follow, at 9.5% and 5.4% share, respectively.

It remains to be seen if the trend for sales of the Z1 will continue, especially in an emerging market like Bangladesh, where Android One is also being offered towards consumers who want to own a smartphone without spending too much.