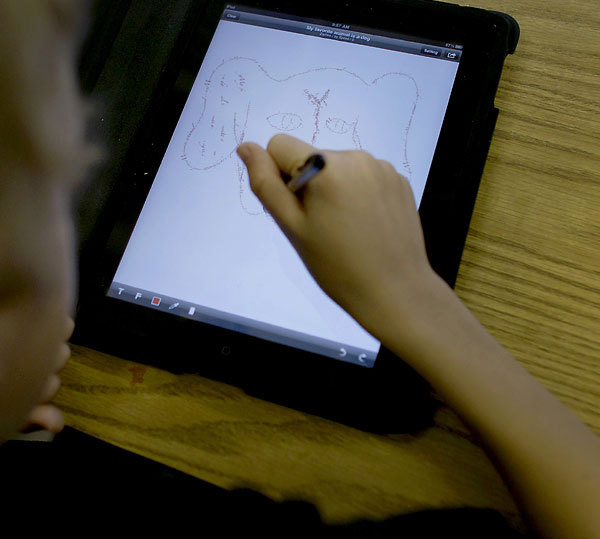 Technology is all around us: From the magic of the IR remote control to the wonders of cell phones, you can’t escape it in day to day life. Children are particularly adept at picking up on new technologies and the running joke is always, “Have your kids fix your computer for you, they understand that stuff.” Computers have been a part of the classroom for years but now, according to an Associated Press article, one school district in Maine is taking it a step further and are equipping all of their kindergarten students with Apple iPads.

There are thousands of apps available for the iPad, and hundreds of them focus on education. Tom Morrill, the Superintendent of the school district, is a proponent of the new teaching device and said, “With its touchpad screen, it’s simple to use and can bring learning to life with imagery and sounds.  It’s a revolution in education.”

Other schools appear to be jumping on the tablet bandwagon as well. HamptonRoads.com is reporting that Virginia Beach schools are spending $651,000 to purchase 1,200 iPads and that each school in the district will receive between 10 and 30 of the tablets to aid in teaching.  David French, the principal at one of the elementary schools was quoted as saying, “Today’s kid is different. These kids we have, they’re wired to think digitally. They can’t be taught the old way.”

With all of the budget deficits and increasing classroom sizes, is this the best way to be spending our tax dollars? While it’s a cool technology, is a five year old going to learn more with an iPad than they would with a piece of paper and some crayons?