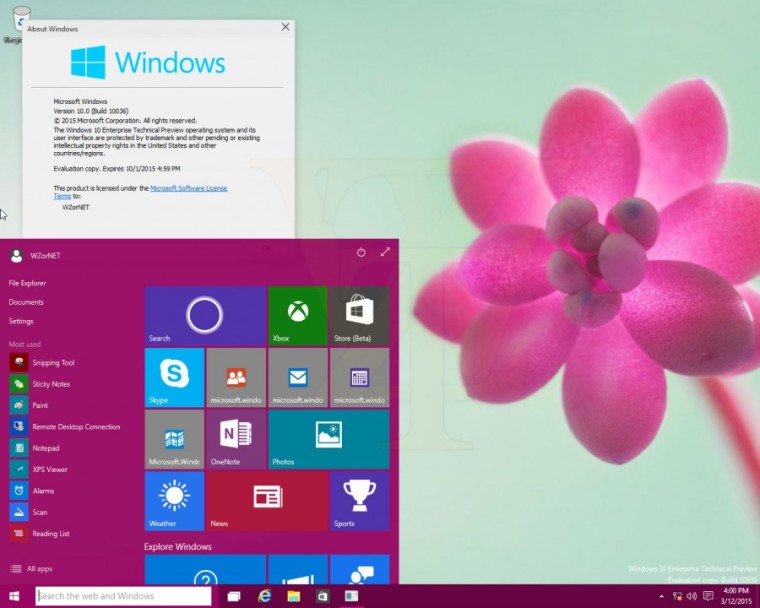 It’s been almost two months since Microsoft’s last public release of a Windows 10 Technical Preview build. The Redmond giant is planning to step up the speed of the ‘fast’ ring releases, but its engineers may have hit a roadblock with a nasty bug, so we’re not sure when we’ll get to see a new official build.

This month we’ve seen numerous leaked pictures of newer builds, and today we get to look at build 10036, which was compiled just a week ago. As with build 10031, it’s important to note that this build is from the fbl_impressive branch of builds, which we know is destined for Insiders.

One of the most exciting things Insiders want to see in a newer build is Microsoft’s new Spartan web browser, but this build does not appear to have it. Compared to build 10031, there’s not much new to look at, so it’s likely that most if not all of the changes are under the hood.

It seems like this build doesn’t have the new install UI, but it does feature the transparent Start Menu and the new Logon UI, just like build 10031. In case you didn’t know, Microsoft can now make on the fly changes to the out of box experience (OOBE), but we’ve yet to see what they’ve been working on, so we have to go with the images below for now.