Once upon a time, being able to buy a solid-state drive for a notebook was a highly expensive proposition. Today, most PC makers offer options for SSDs in laptops for both consumer and business models. There are also options for the solid-state hybrid drives, which combine a small SSD with a regular hard drive. 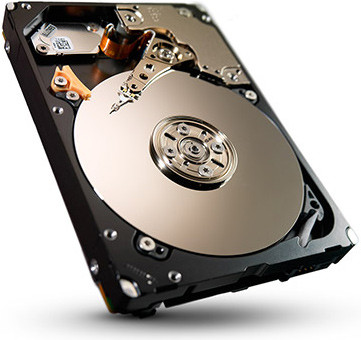 Now there's word that PC storage hardware manufactures are slowly discontinuing their hard drive businesses, at least for notebooks, in favor of SSDs. X-Bit Labs reports that Seagate will no longer make 7200rpm mobile 2.5 hard drives after the end of 2013. The company will continue to make 5400rpm hard drives for value priced notebooks.

Is this the beginning of the end for the old fashioned mechanical hard drive, with its plates that can store data? Yes and no. The truth is that there will be needs for such drives for a long time inside desktop PCs and servers, simply because hard drives are still a far cheaper proposition for those platforms, and they can still store far more data on their plates than SSDs.

For notebooks and hybrid PC devices that combine laptops with tablets, it will likely be a different story. SSDs offer better performance, along with more efficient battery life. The storage needs of a notebook owner have also historically been below that of a PC desktop or server user for the most part, with some exceptions such as PC gamers and enterprise customers.

Seagate's move to do away with 7200rpm hard drives made for notebooks will likely be the first of many such moves by other hard drive manufacturers in the next few years. Five years from now, we predict it will be hard to find a new notebook that doesn't have some kind of SSD inside.