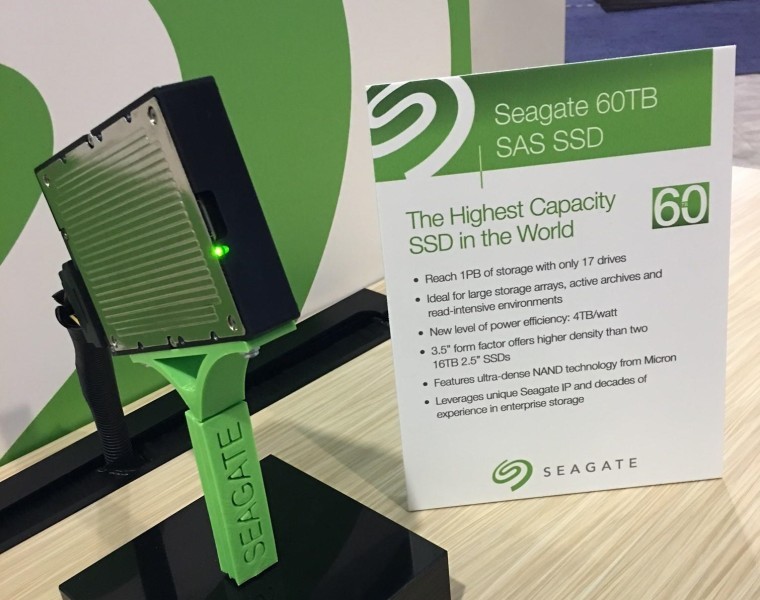 Solid state drives have been the darlings of the data storage market for a few years now, with users benefitting greatly from the increased read/write speeds that SSDs offer. But these drives are oftentimes limited in their storage capacity, with many users relying on an SSD for their system drive while maintaining a classic, high-capacity hard-drive for storage. Enter Seagate’s ludicrous 60TB SSD.

Yes, after beating speeds records, the company has unveiled and announced an upcoming solid state drive that dwarfs everything else that’s on the market. Offering 60TB of storage in a single drive, the upcoming 3.5-inch SSD promises to deliver superior performance thanks to ultra-dense NAND technology and low power consumption.

Unfortunately, this device is not aimed at regular users, though you might’ve guessed that, given its storage capacity. Instead this upcoming Seagate SSD is specifically designed for enterprises and data-storage facilities. That’s why it’s built with modularity in mind, allowing users to quickly scale up based on their storage needs.

Right now there’s no info on the pricing of this SSD, though you can bet it won’t be cheap given its specs and its intended audience. However, we won’t get to find out more until next year when the device is expected to become available for sale.