If you thought your nifty 4K TV-set was going to buy you some street cred for the foreseeable future, you might be in for a surprise in the coming months. Sharp - who announced this at its own event in Shanghai - revealed its new 70-inch AQUOS TV, featuring an 8K resolution - or 7680 x 4320 which is 16 times higher than standard full HD. 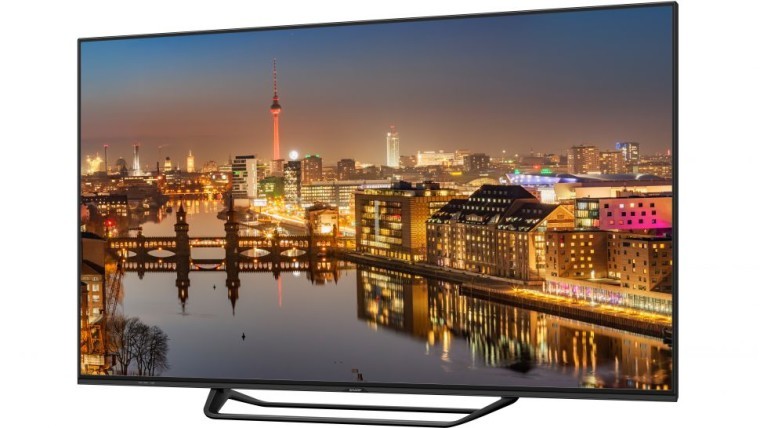 Sharp noted that this display has such a high resolution and pixel count that it is for those who demand “ultimate reality, with ultra-fine details even the naked eye cannot capture,” which might seem like a waste, however, it ties into the company's strategy to 'blaze a trail' in pushing 8K devices over the coming year. With 8K content sparsely available in general - at least for now - users might have a hard time finding reasons to own such a display. Luckily, the AQUOS set does include support for both Dolby Vision HDR and BDA-HDR.

A launch in Japan for its initial run does make sense as the Japanese public broadcaster NHK became the first to broadcast regular 8K content via satellite in the world quite recently. Content creators on YouTube have also started experimenting with 8K video, which has been supported by the video streaming site for quite some time now, with Vimeo joining the club earlier this year. However, be prepared to use quite a lot of bandwidth when streaming such content.

Sharp will launch the display in China and Japan later this year and aims to ship it to Taiwan by February 2018. Pricing is still vague at this point, but the company did note to Nikkei Asian Review that it expects these displays to retail for around one million yen, or $9,000. Pricing and availability in the US, however, have not been confirmed yet. For those in Europe, the company will ship a similar model in March 2018, with pricing becoming available closer to that launch.