Silverstone cases are often praised by enthusiasts and HTPC builders alike, and with good reason. We last checked the Fortress FT03 which deserved TechSpot's Outstanding award and now two years later, the much anticipated Fortress FT04 has made it to market.

Upon first glance this latest version looks a lot like the FT01 that was released back in 2008. The FT04 shares similar dimensions to the FT01, with a slight increase in size that we assume simply means it can fit drives and longer graphics cards more comfortably. 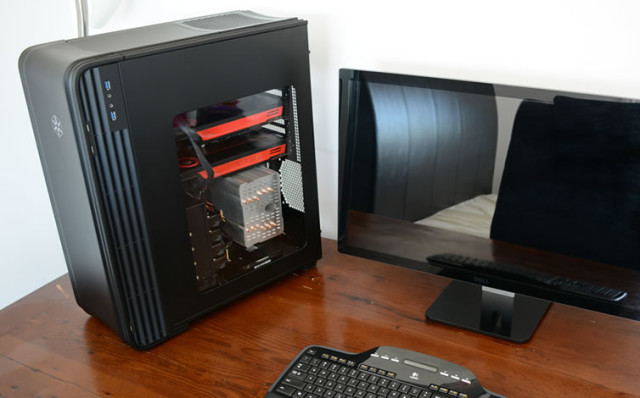 The Fortress FT04 has been designed to maximize cooling while generating as little noise as possible and it sets out to do it in style. Included in the package is a pair of massive 180mm Air Penetrator AP182 adjustable fans which are kept dust free using a new HiFlow fan filter that improves flow rate by nearly 40% compared to its predecessor.

To contain unwanted noise Silverstone has lined much of the interior with foam pads, a method retained from previous designs, while new rear-angled front vents guide potential leaked noise away from the user.