Skype is the world's most popular voice-over-IP service and according to new research, it's now so popular that international calls made over Skype are equivalent to one-third of all international phone calls.

The news comes from a report by TeleGeography, which claims Skype's usage for 2012 is estimated to have grown by 51 billion minutes, reaching a total of 167 billion minutes – a 44 percent increase. According to the report, if Skype's international VoIP calls were counted for phone data, international voice traffic would have increased 13 percent in 2012. 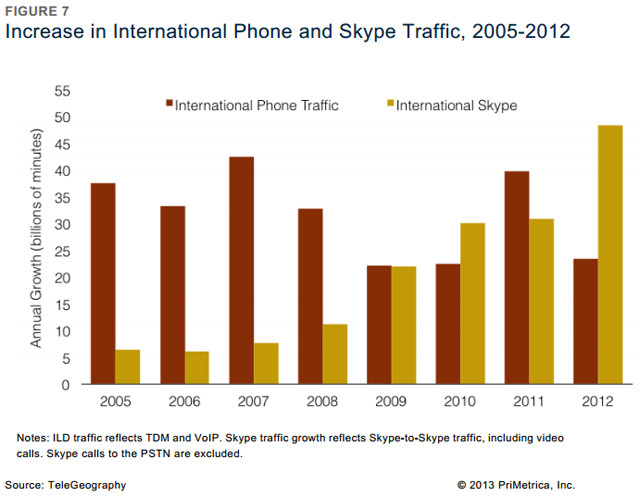 Compared to phone companies, Skype's 44 percent increase is "more than twice the volume growth achieved by all the phone companies in the world combined," the report states. More than 40 percent of Skype's traffic is now video calls, however, meaning its service doesn't necessarily negatively impact phone carriers.

The report states the while international communication demands have not declined, the growth for that demand is shrinking in terms of phone service. Skype and similar services – such as Google Voice – are continuing to see substantial growth, however.