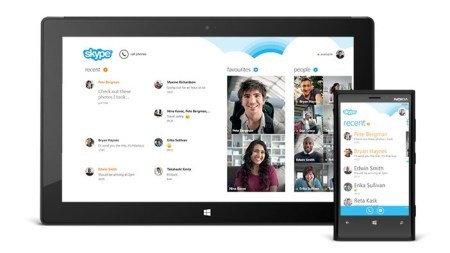 Microsoft bought Skype in October 2011 and since then the user growth of the VoIP service has continued at a massive rate. Indeed, a new blog post from Skype indicates that the team will be concentrating on making the mobile app experience better in the coming months.

The post states that during some parts of the day, more people are now using Skype on their smartphone or tablet than the users on the PC. Nearly half of all new Skype users every month come from the mobile space and the growth rate of those new mobile users is now double what it was a year ago.

So the Skype team now says it will be putting more of a focus on improving the apps made for phones and tablets. It states:

Earlier this year, we started making some significant changes under the hood to the way in which our apps work, specifically around reliability, battery life and performance. We debuted some of this work first on Skype for Windows 8 and Windows Phone 8. As we said back then, this work helps ensure that calls and messages come in quickly, reliably and without affecting your battery life. We plan to bring these same enhancements to all the devices you use Skype on.

The Skype team will also strive to improve the text messaging experience on the mobile front and they also want all of the mobile apps to have the same features, regardless of platform. The blog states, "We have some work to do in this area, but you’ll increasingly see a more consistent feature set across all our apps by the end of the year."