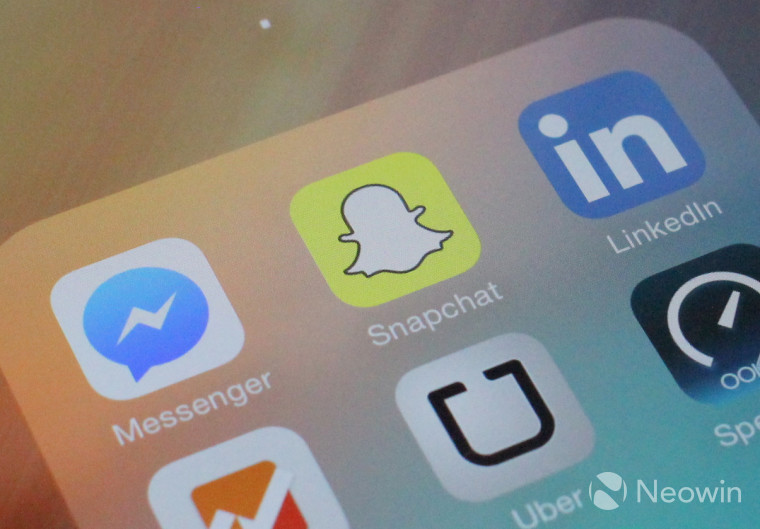 Late last year, third party Snapchat client, 6snap, developed by Rudy Huyn, was removed from the Windows Phone store following a complaint from Snapchat itself. Since then, there have been unfruitful attempts from both Huyn and Windows Phone users to convince the company to make an official app for the OS.

Recently, Rudy Huyn launched a "6discover" app which pulled content from Snapchat's Discover service, hence bypassing the app's official features. The app has garnered positive reviews from Windows Phone users in the past 24 hours and has received a respectable 4-star rating in the store. However, Snapchat's legal team seems to be on the move again and has contacted Huyn, accusing him of "violation of federal and state law" for using their "Discover" content without their explicit permission. 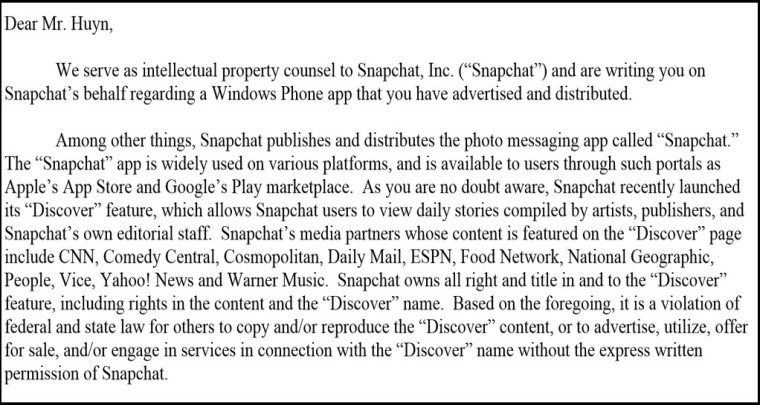 The main problem here is that while 6discover uses content from Discover, it does not return app analytics to Snapchat as pointed out by the company's lawyers, which means that Windows Phone users aren't accounted for, leaving financial implications for the company.

It is notable that while Snapchat's lawyers are still legally correct, the company stance towards Microsoft's OS has been somewhat aggressive. Snapchat's CEO, Evan Speigel once hinted that he did not even consider Windows Phone userbase enough to warrant an official app.

@mesbahamine didn't think anyone used those ;)

It is yet unclear if this app will also be removed from the store or not; Rudy Huyn has apparently contacted Snapchat, telling them that the issue can be resolved by mutual understanding between both sides, but considering the company's attitude towards Windows Phone in the past, the chance of the continued existence of the app on the store look bleak, at least for now.