The big black box that is the Xbox One isn't exactly stylish.

As I posted earlier today, I got extremely lucky and managed to get an Xbox One console on launch day, without a traditional pre-order. So what's it like having Microsoft's third generation game console in my home? Glad you asked.

The following article is a hypersonic skim of my impressions of the Xbox One, after just a few hours of setting it up, playing games, and watching movies and TV using the product. I will say up front that I am not experiencing the issues with disc drives or scratched cases that a few Xbox One owners have reported.

While the Xbox One will eventually make its way to my main living room, for the purposes of this article I set up the console first in my bedroom because it was faster to do so than the rather more difficult task of rearranging my living room TV set up. After plugging in, I turned on the unit and my TV screen showed the Xbox One logo ... and it kept showing it, and showing it and showing it.

"Oh crap", I said out loud. Thoughts ran in my head like, "Is the console stuck in setup mode? Is the Xbox One that I paid over $530 (price + taxes) for not going to work out of the gate?" As it turned out, things were fine, After about three minutes, the screen finally changed, showing me that I needed to download install the "Day One" update of about 503 MB.

Downloading and installing the patch went without a hitch and after another extremely long period of seeing the Xbox One logo on screen again, I finally got to the proper set up page where I could get my Xbox Live account plugged in and my Kinect sensor working, among other things.

After that, I got to see a quick montage video of games and services for the Xbox One before it took me to the main Home screen. I was all set. So what to do first? Play a game? Download some apps? Watch TV inside my Xbox One? Why not do all three for this first impression article. 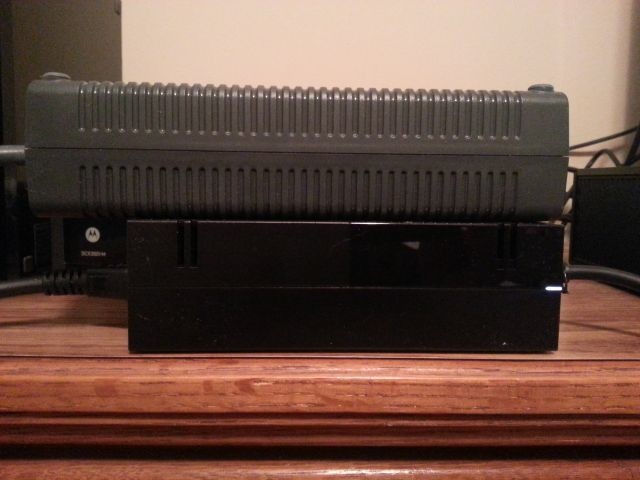 The Xbox One does have an external power brick but at least it's not as huge as the one for the first Xbox 360, shown above it.

Here are, again, some quick thought on the console. This is not a proper review ... that will come in the near future: 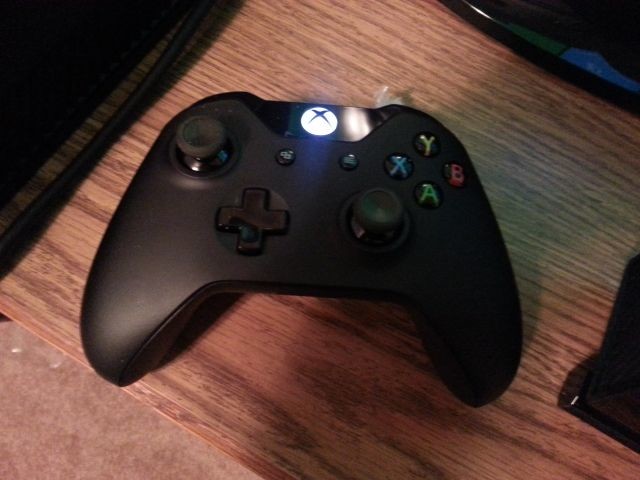 The overall design of the Xbox One controller does not deviate much from that of the Xbox 360.

Again, these are very fast impressions; two of our editors, Chris White and Anthony Tosie, did the very sensible thing and pre-ordered their Xbox One consoles months ago. Expect a full review from Neowin soon.