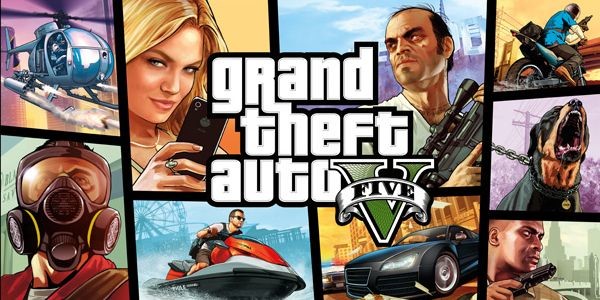 Tuesday is the planned release date for Grand Theft Auto V, the long awaited latest entry in the open world crime action series from developer Rockstar Games. However, at least some UK gamers managed to be lucky enough to get their legitimate copies of GTA V early, thanks to a shipping mistake from Amazon.

Some people who pre-ordered the game reported getting their copies as early as Saturday from Amazon UK. So far, this seems to be the only major retailer who has broken the street date for GTA V. Gamesindustry International quotes a statement from Rockstar Games as saying, "We are in the process of investigating early 'sales' to determine how and why that is occurring."

Not all UK gamers were lucky enough to get GTA V early ...

Demand for the game is so high that, according to The Independent, Amazon UK has already sold out of the Xbox 360 version of GTA V. The retailer says that copies "will be shipped as soon as we receive inventory.” As we reported this weekend, Microsoft has already banned at least one Xbox 360 console gamer from posting videos of GTA V ahead of its official release.

Speaking of the Xbox 360 version, it will come on two DVD discs, due to the game's huge file size. One is the required "install" disc and the other is the "play" disc. Some gamers might be tempted to install the content of both discs on their Xbox 360 hard drive. However, Eurogamer reports, that, according to Rockstar Support, that would be a mistake and they recommend that gamers do not install the "play" disc content on the Xbox 360.

The reason? Apparently installing both discs can cause issues with streaming texture data on GTV 5, which can result in annoying "pop-ins" of game objects and textures. So remember, just install the content on the "install" disc; the "play" disc is just for playing the game.