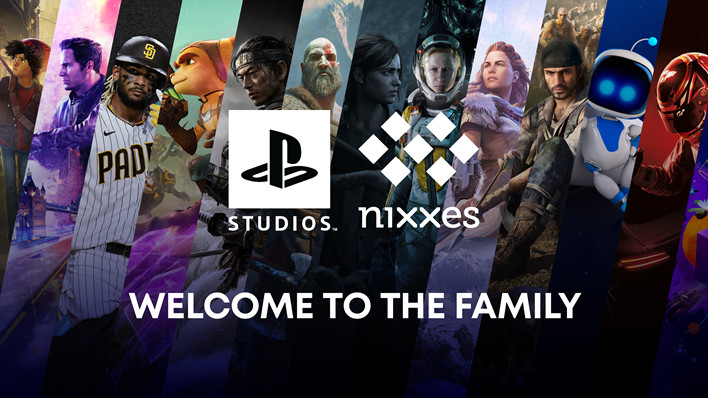 Only days after Sony Interactive Entertainment announced it was welcoming Housemarque to PlayStation Studios, it has revealed another studio acquisition, this time bringing in the Netherlands-based developer Nixxes Software. Since its inception in the late 90s, the company has focused solely on providing support for other studios, often porting games to more platforms.

Until now, Nixxes has only given support to Square Enix-published games, developing the PC ports. The work range from classics like Legacy of Cain to most recently Marvel's Avengers. It has also helped with Crystal Dynamic's Tomb Raider games, both new and old lineups, as well as Eidos Montreal's Deus Ex series.

"I highly respect Nixxes and am excited for this very experienced team to become part of the world-class development community at SIE," PlayStation Studios head Hermen Hulst said regarding the latest acquisition. "They have a passion for improving games and for delivering the best possible experience for gamers. Nixxes will be a strong asset for everyone across PlayStation Studios, helping our teams focus on their most important goal, which is to create unique PlayStation content at the best possible quality.”

"We can’t wait to get to work and are so excited to bring our technical and development expertise to an IP powerhouse like PlayStation Studios. We’re looking forward to working with some of the most talented teams in the industry to deliver the highest-quality gameplay experiences for PlayStation fans."

Much like previous acquisitions of Sony, details surrounding the deal, such as pricing, have not been made public.

It is an interesting pick up for Sony. Considering Nixxes' experience with porting, the studio may serve as the company's go-to place for bringing over more PlayStation exclusives to PC — something Sony is now more focused on — without having to divert too much manpower from the original developer.