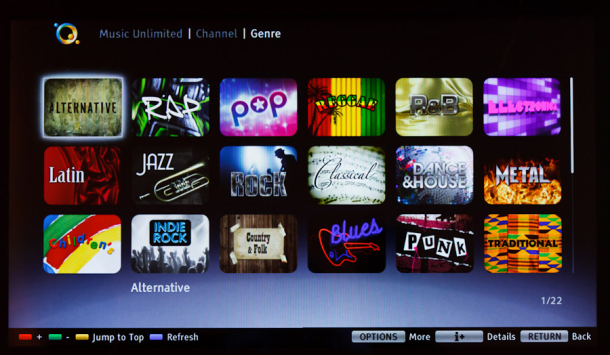 On Monday, Sony announced a new cloud-based music service that will enable many of the company's products, as well as Windows PCs, to be to stream music from an online library. This will be a service that will sync a collection of tracks to all of your devices which are supported, and it should be available by the end of the year, CNET reports.

Sony has had a difficult time in the music business, especially after they had to close down their Connect store. Their new music store, named Sony Music Unlimited will join with Sony's video cloud service, Qriocity. The approach the company is taking for this is instead of downloading and storing everything as other services do, it will instead on the cloud and streaming. You will be able to stream to just about anything Sony; TVs, Blu-Ray Players, PS3, and also Windows PCs. While streaming around the home is fine, this still leaves a huge gap in the portable media department. Sony's answer is to allow mobile devices to cache data.

While there are no concrete details yet for pricing and variety of music, Nishida said that there would be a large number of tracks. Sony is still talking with the record labels, but they are confident that they will have a large selection. The company also wishes to make Qriocity a platform filled with third-party providers. Sony does believe that they will be able to let users find music personalized for them, and even have a technology called SenseMe that picks music based on the user's mood.

Sony intends to release this by the end of 2010.