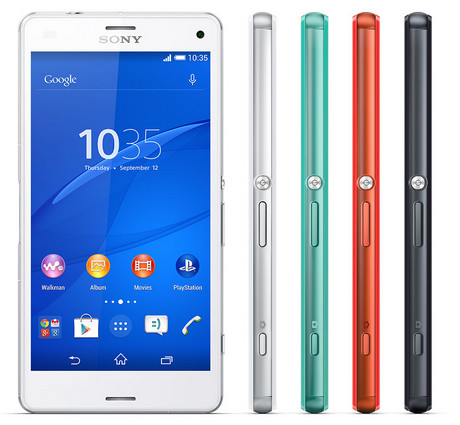 Although Sony has released a couple of great devices over the past couple years, their commitment to the United States market has been less than stellar. Luckily, Sony has released the Sony Z3 Compact, one of their latest handsets, and made it available for purchase on the Sony Store online in the U.S.

The Xperia Z3 Compact is a miniaturized version of Sony's current flagship, the Xperia Z3. Sony manages to take many of the top-end specs from the Z3 and squeeze them into a smaller body. The Xperia Z3 Compact has a 4.6" TRILUMINOS 720p display, Snapdragon 801 processor, 2GB RAM, 20.7MP camera with the ability to shoot 4K video, and is IP65/68 certified.

Unfortunately, the device is currently on backorder, meaning that your order will most likely not be shipping until the beginning of November. But, if you are the type that wants it as soon as possible, you might want to check other online retailers, as they will most likely have the international variant ready to ship immediately.

The Sony Xperia Z3 Compact will retail for $529.99 and be available in a choice of four colors. The device will be fully compatible with AT&T and T-Mobile, although since it is unlocked it should work with other carriers.