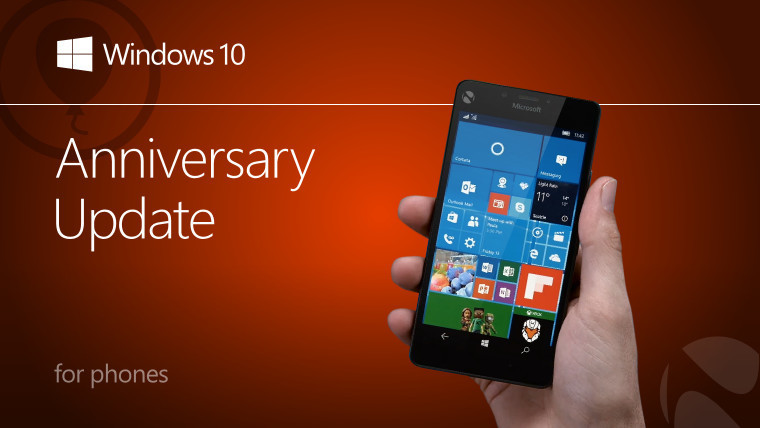 It's that time that everyone is waiting for. Well, PC users at least, as Microsoft is today releasing the Windows 10 Anniversary Update for PCs and tablets.

You're not crazy if you thought that your Windows phone was going to get updated today as well. After all, Dona Sarkar said just a few weeks ago that the AU would roll out for PC and Mobile on August 2, and that it would roll out for Xbox One and HoloLens later.

This statement turned out to be wildly untrue. The Xbox One Anniversary Update, or August Update, or Summer Update (Microsoft seems to not have had a meeting on what to call it) ended up arriving on July 30, days before anything else.

And today, the company confirmed that no, the Update will not be rolling out for Windows phones today. Instead, it will start rolling out "in the coming weeks".

Of course, this doesn't mean that you can't upgrade your phone to the Anniversary Update today. The Insider Program is offering the RTM build, 14393.5, on all three rings: Fast, Slow, and Release Preview. If you're not up for the instability that could come with Preview builds, go for the Release Preview.

We'll be publishing reviews of the Anniversary Update for both PC and Mobile, so stay tuned!