New images have shown that you will soon be able to create folders of tiles, similar to folders of apps in Android and iOS, in Windows Phone 8.1 by simply dropping a tile on top of another. The feature will finally make it possible to tidy up your Start screen a bit by simply grouping similar apps together in a folder rather than having them all as individual tiles. 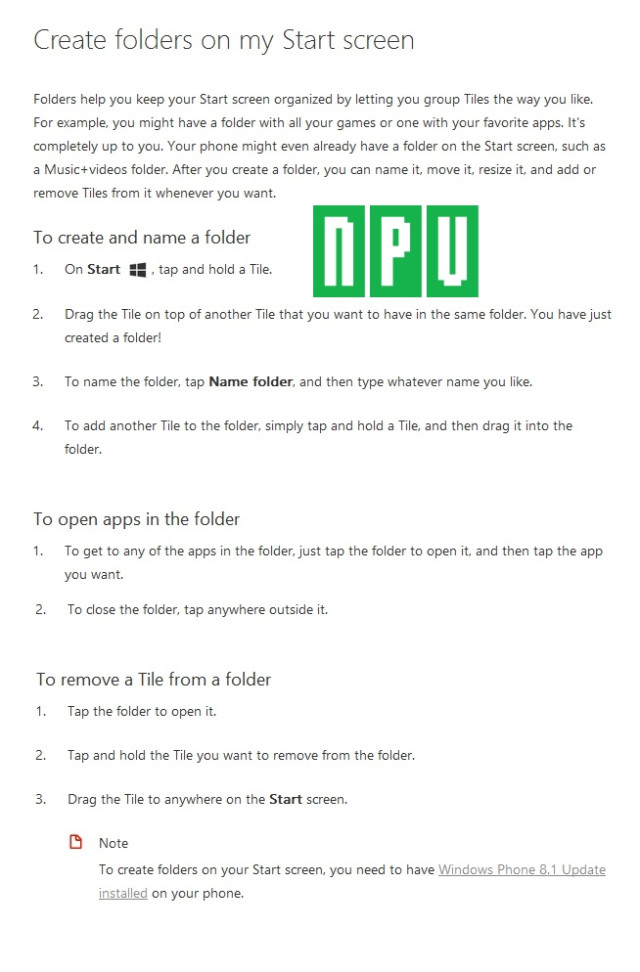 The pictures, unearthed today by Nokia Power User, look as though they have been taken directly from a Microsoft source and show instructions on creating, naming, using and removing tile folders. Although no timeframe has been given for implementation, Windows Phone 8.1 is now expected to begin widespread roll-out over the next couple of weeks.

Interestingly, this now means that the Windows Phone Start screen can be organised more efficiently than the Windows 8.1 version. Perhaps this change is indicative that folders may appear on the Start screen of Windows in 8.1 Update 2, 9 or Threshold, whenever they may appear.