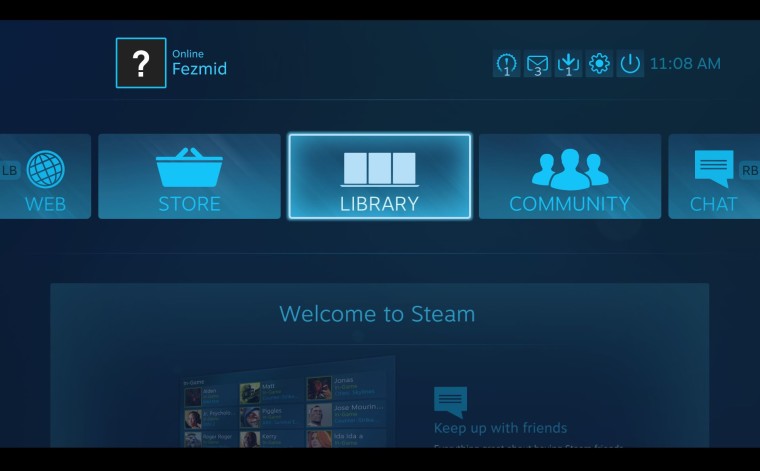 While Valve has said much about its new OS designed to bring PC gaming to the living room, SteamOS might have its work cut out as the OS lags significantly behind Windows 10 in the one thing it is really tailored for, gaming.

According to a series of benchmarks run by Ars Technica comparing the gaming performance of a few multi-platform games - including Valve's own - on the same setup running both OSes, SteamOS presents a significant disadvantage, with frame rates, in some cases, dropping to almost half that on Windows 10.

The publication ran comparative tests on games like Middle Earth: Shadow of Mordor and Metro: Last Light Redux, along with the popular Geekbench 3 benchmark and the performance delta was staggering. They saw anywhere from a 21 to 58% decrease in frame rates when switching from Windows 10 to SteamOS. When considering the mid-tier hardware most Steam Machines comes with, such a difference can be a game-breaker. For example, while Windows 10 managed to output a steady 34.5 fps on Shadow of Mordor, SteamOS was only able to achieve a measly 14.6 fps, far from playable.

Even Valve's own titles were not spared, with Portal, Team Fortress 2 and Dota 2 all exhibitng a 15-27% drop in performance.

When considering their poor gaming performance and pronounced dearth of popular AAA titles compared to Windows, along with their lack of flexibility in tasks beyond gaming, Steam Machines become a far less lucrative option than the alternative of just building your own PC. Indeed, our own Chris White awarded Alienware's Steam Machine an average rating of 5/10 in his review, citing the same lack of AAA titles. In short, Valve still has a long way to go before it can successfully entice customers to adopt Steam Machines in lieu of their Windows PCs or consoles.