Sunset Overdrive has been suggested to be receiving a PC port more than once, and just this week it was reported to have been added to the Steam database. But, being a Microsoft title, it's only natural to expect it to be released through the company's own Store on Windows 10, and now we have some evidence that this will indeed be the case.

TrueAchievements has spotted a Game Hub listing for the PC version of the title, which is currently listed under the codename Sunflower, though it cant be accessed by everyone right now. The listing doesn't provide any details regarding a release date, but it does include the full list of obtainable achievements in the title, a total of 80 items worth 1,000 Gamerscore points. 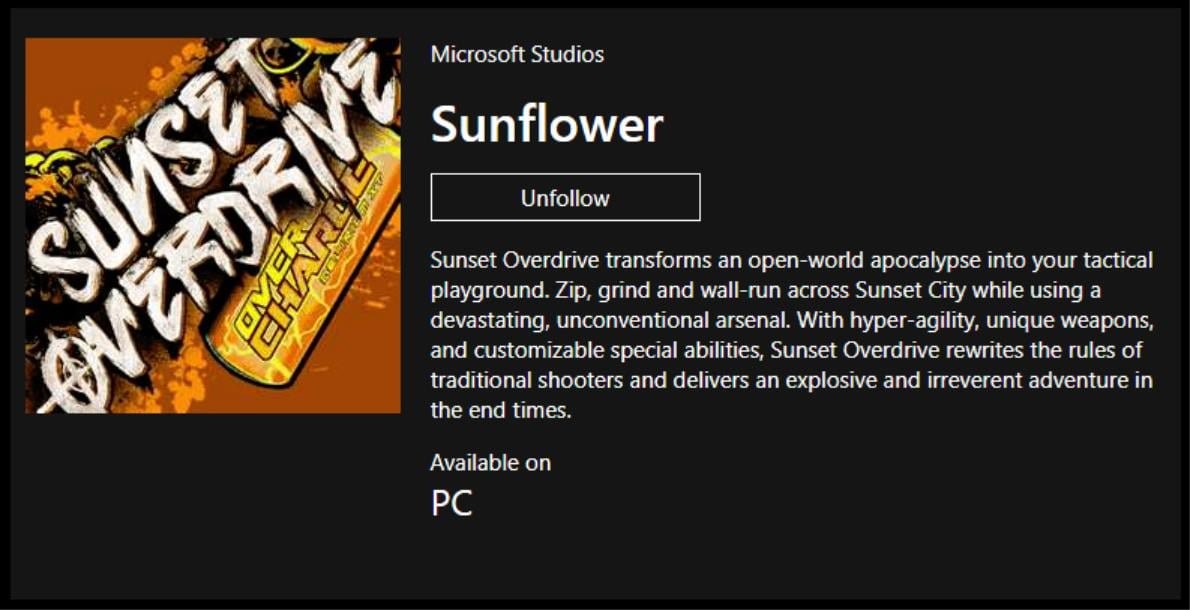 With Microsoft Store availability, there's also hope for compatibility with features such as the Xbox Play Anywhere program, which would allow players to enjoy the title on their preferred platform without having to buy it twice. Of course, even the launch itself hasn't been confirmed by Microsoft, so we can only know the company's plans when such an announcement happens.

This weekend, the big X018 event is taking place, and with the number of hints we've received in the last few days, it seems like a PC port will most likely be revealed at the event. If that turns out to be true, we won't have long to wait until we know all the details regarding the game's release.