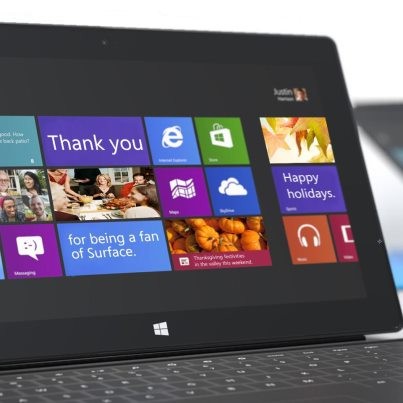 The listing for Surface with Windows RT on the website shows that mainstream support will continue until at least April 11, 2017. A separate post on Microsoft's support website shows the various SKU builds of Windows 8 will have their mainstream support end a little less than a year later – January 9, 2018. Following that, the extended support for Windows 8 will end January 10, 2023.

That means owners of the Surface tablet can expect to see both major and minor software updates for the tablet until April 11, 2017, and it's possible that Microsoft could choose to extend that mainstream support beyond that date. So far, Microsoft has yet to announce when the extended support for Surface will end. Extended support typically means that Microsoft will merely offer free security updates to a product.

Windows RT is also used in other current and upcoming devices, although Microsoft has yet to state when mainstream support for Windows RT as a whole will end. In an FAQ post, Microsoft says, "Microsoft will make software updates, including security updates, available for Windows RT. Additional information regarding the Windows RT lifecycle policy will be communicated as available."