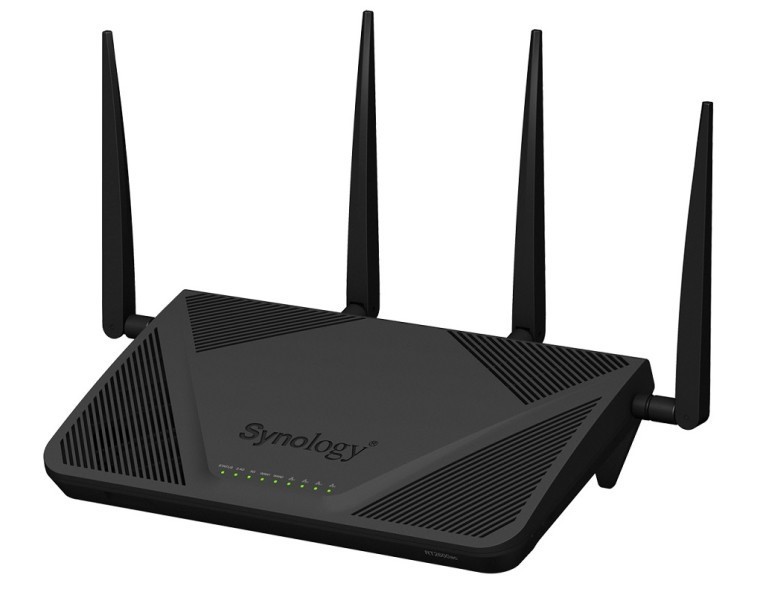 Synology, the company that's most well known for their storage solutions (of which we've reviewed several over the years), first got into the wireless router market in early 2016 with the release of the well-regarded RT1900ac. While not perfect, it was a very strong entry for the newcomer.

Today Synology has announced the successor to the first router. Dubbed the RT2600ac, it's powered by a 1.7GHz dual-core processor, and comes equipped with the latest 802.11ac Wave 2 certified radios featuring MU-MIMO support. One of the more unique features, which will probably be of more use to the SMB market rather than home users, is dual WAN connectivity that allows users to connect two high-speed fiber internet connections in order to provide load balancing and failover.

As with other Synology products, the biggest strength comes in the form of the operating system, Synology Router Manager (SRM), that allows administrators to easily install pre-built packages to extend the functionality of the device. Adding a VPN, sharing files, or using it as a RADIUS server is as simple as clicking a few buttons.

The device is currently available in Australia (with prices starting from AU$392), Hong Kong, New Zealand, and Taiwan. It will be available in additional regions, including the United States, by the end of January with the price to be announced at that time.