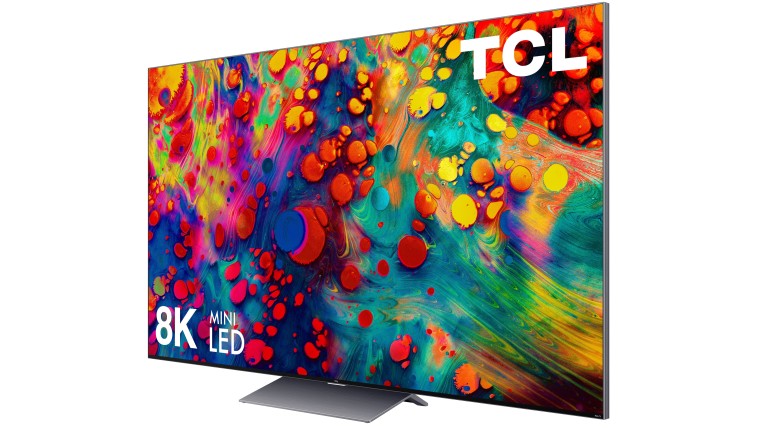 At CES 2021, TCL has announced new members of its family of TVs, which are already pretty popular in the U.S. The company is improving on its mini-LED technology with what it calls OD Zero mini-LED. The distance between the backlight layer and the LCD layer has been reduced to 0mm, making the backlight more uniform.

TCL is refreshing its 6-series lineup of TVs for 2021, bringing 8K resolution to all of them, along with it AiPQ engine to upscale 4K content to 8K. For more affordable price points, TCL is keeping last year's 4K TVs around.

Additionally, TCL is introducing the XL Collection, its first lineup of 85-inch TVs. These will come in at different price points, starting with the 4-series TCL Roku TV with 4K and HDR support. Going up in price, there will be a QLED model (85R745), and then the most premium offering will feature mini-LED and 8K resolution. For now, only the 4-series model (85R435) has a set price of $1599, and it will arrive this spring. The other models will be launched later in the year.

Aside from TVs, TCL is also introducing the new Alto R1 soundbar in partnership with Roku, which will be its first wireless soundbar for TVs, as well as the first to use Roku's WiFi Audio streaming The new format will enable the soundbar to get automatic software update and make the setup process easier, plus the whole experience can be controlled with your current TV remote.

There will also be some wired options, like the Alto 82i with Dolby Atmos sound, dual subwoofers, and support for Amazon Alexa, Google Assistant, and Apple AirPlay. This will arrive in the third quarter. There's also the Alto 8e with a 3.2.1 configuration which includes a wireless subwoofer, supporting all the same features plus Spotify. The will be another premium soundbar, too, but more details weren't revealed.

Finally, TCL also introduced some home appliances, including window and portable ACs, air purifiers, and dehumidifiers. Some of these products will have Wi-Fi support and be controllable through the new TCL Home app for smartphones. The app will also be able to control TCL smart TVs later on.