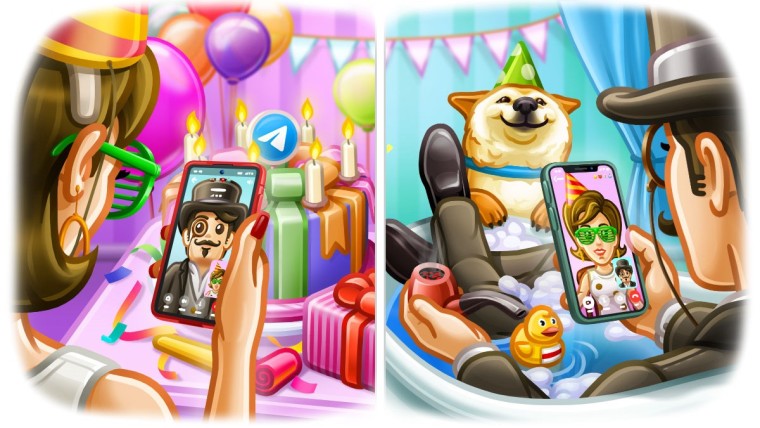 Earlier this year, the team behind messaging app Telegram committed to finally making video calls available sometime in 2020. Today, in celebration of the app's seventh anniversary, the feature is finally available with version 7.0 of the app, but there's a caveat - it's only for Android users.

As noted in the blog post, video calls are ready for the iOS version, but because of Apple's lengthy review process, the update wasn't published in time. Telegram took a jab at Apple, saying that it submitted the iOS version a few days before it sent the Android version for review, but Apple still didn't make it in time. The team says you'll have to wait a while longer, or "switch to a platform that has more respect for its users and developers, like Android".

Video calls are pretty standard on Telegram, and the developers plan to expand its feature set over time, including support for group calls. For now, you can make one-on-one calls, and switch between the front and rear cameras at will. There's also picture-in-picture support, so callers will remain visible as you do other things.

Aside from video calls, today's update adds a few more animated emoji, if you're looking for a way to spice up your chats. You can download Telegram for your preferred platform here.

Update: The update should now be available for iOS too.