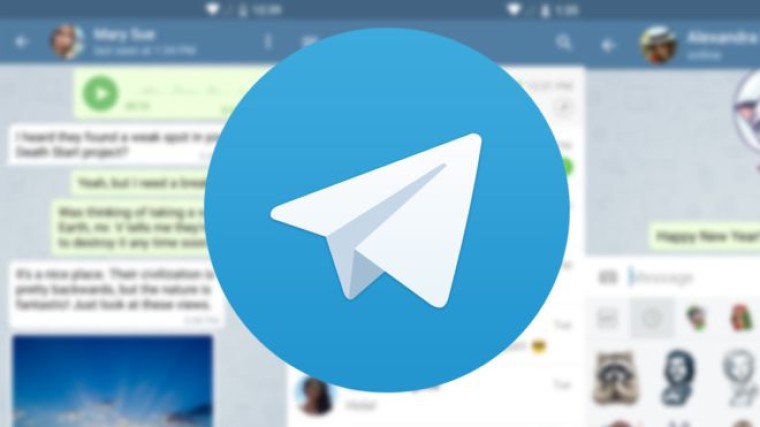 Telegram has announced another big update for its messaging app, adding new features, animations, and some adjustments that should make things a bit more convenient. Before we dive into the new features though, there are two other big announcements. First, Telegram has published new versions of its web app. Yes, you get to choose.

Both of the new apps promise to be very lightweight, requiring just a 400KB download, and they work on mobile and desktop devices alike. They come with support for features like dark mode, animated stickers, chat folders, and more. One version is called Telegram Web K and the other is Telegram Web Z, and they're identical in many ways, though there are some differences in visual elements like the font and spacing between elements. Presumably, only one will live on eventually, but there's no indication of that happening yet.

For Android users, it's also now possible to download the Telegram app officially from the website, rather than depending on the Play Store. Both versions will continue to be available, but the direct download version should update faster since it doesn't have to wait for each update to be reviewed by Google. In fact, today's update may take a bit longer to arrive on the Play Store due to the review process.

As for what's actually new in today's update, there's payments 2.0, which is an improved iteration on payment bots first introduced in 2017. Starting with this update, merchants can use any of eight integrated payment providers, including Stripe, to sell goods and services on Telegram. Payment information used to buy goods on Telegram are never sent to Telegram itself, and the app takes no commission from sales on the platform. Should you want to see how the feature works, there's a demo channel where you can test-drive the experience without spending any money.

Voice chats have also been updated with the ability to schedule them in advance. If you're planning a meeting of some kind, scheduling voice chats may make it easier to get everyone in a group involved. When a voice chat is scheduled, a countdown will appear at the top of the chat, so everyone can see when it's planned for.

Other improvements include the ability to pinch to zoom into pictures directly from the chat, without having to tap the image first to go into the media viewer. As for videos, the media player now supports pressing and holding either side of the screen to fast-forward or rewind, as well as a double-tap to skip 10 seconds in either direction. On iOS, users can press and hold the +15s or -15s buttons instead.

Finally, the Android app has some new animations, specifically when opening and closing the side menu on the home screen, or when swiping left-to-right from a chat to go back to the home screen.

If you haven't yet, you can download Telegram for your preferred platform from the app's official website.