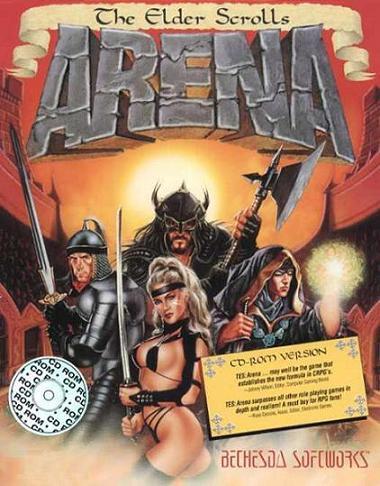 It's easy to see that the Elder Scrolls has come a long way from its humble beginnings. Arena began life as a gladiatorial simulator, set in the world of Tamriel, which the developers had created for their pen and paper role-playing sessions. Bethesda's vision got grander as the development progressed, and eventually the gladiatorial aspect would end up getting scrapped all together, although it would make a reappearance later in the series. 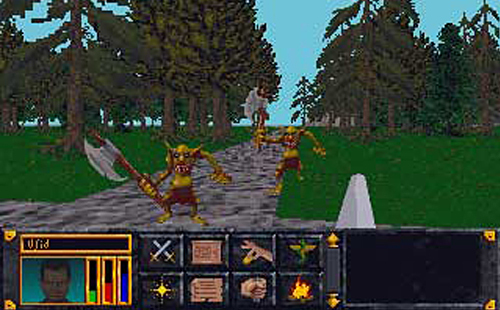 In creating Arena, it's easy to see that Bethesda had the same goal in mind that they had with later installments: total freedom in a massive world. Unfortunately, Arena doesn't quite live up to expectations, and it's probably the main series' weakest installments; it hasn't aged well either. The randomly generated quests get stale fast, the story is cliché, and after a while the dungeons begin to look a lot alike. Still, you've got to give Arena some credit: if it hadn't been for it, there wouldn't be a Skyrim.

Trivia: Like every installment in the series except Daggerfall, Arena begins with the player being held prisoner.

Arena was succesful enough to spawn a sequel, 1996's Daggerfall. This time, the developers had an even more ambitious vision in mind – maybe a bit too ambitious. The world of Daggerfall was so large that it took literal days to traverse it without using fast travel, and almost everything was completely randomized, from the landscape to the dungeons. Because of this, it ends up suffering from a lot of the same problems as Arena. 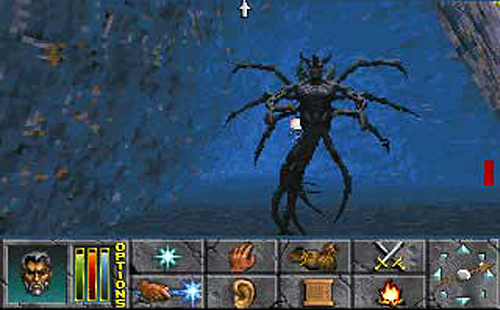 Daggerfall was the first Elder Scrolls game to really feel like an Elder Scrolls game. It introduced many elements that would become central to the series, like Daedra quests and the Dark Brotherhood. Yet it suffered because of its grand ambition. With pressures for release rising, many features ended up getting cut from the final release, and it suffered from debilitating bugs that no amount of patching could come close to fixing. Even today, it's still the biggest RPG ever released, and that's saying something.

Trivia: Daggerfall is the only installment in the series to feature boobs. And other bits that we try not to think about.

Sad as it is to say, Bethesda completely lost sight of what the series was about when they released this game. Basically, Battlespire took the combat system from Daggerfall and dumped everything else. The only problem was that, despite what the marketing materials said, neither the combat system or the dungeons made Daggerfall great.

Battlespire was a linear dungeon crawler, completely lacking the freedom that defined the series. The combat system and graphics weren't the only thing it borrowed from Daggerfall, either: it also inherited Daggerfall's terrible bugs. Rest assured, it's safe to skip this one without missing too much. 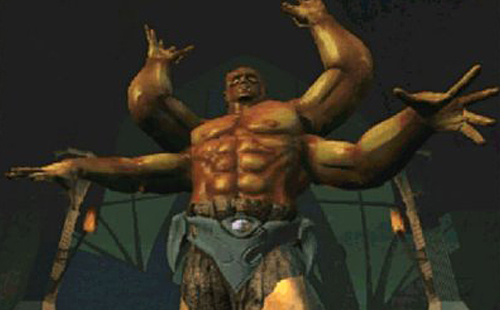 Trivia: Battlespire is the only Elder Scrolls game to feature multiplayer.

For their next Elder Scrolls spin-off, Bethesda tried to learn from the mistakes they'd made with Battlespire. This time they completely eliminated any traces of the main series, introducing a whole new style – Redguard was a Tomb Raider style adventure game. It was a prequel to the main series, set long before the days of Arena, telling the story of the Redguard Cyrus' quest to rescue his sister. Bethesda never got around to releasing a patch for this one. 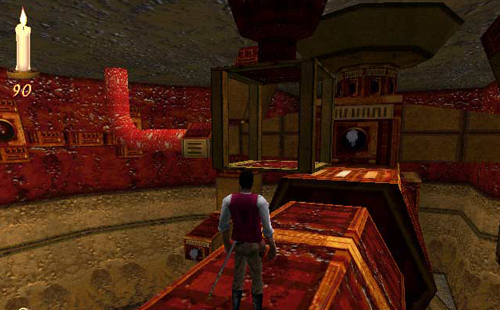 Trivia: Redguard introduced a lot of background material that would show up again later in the series, including the Dwemer. 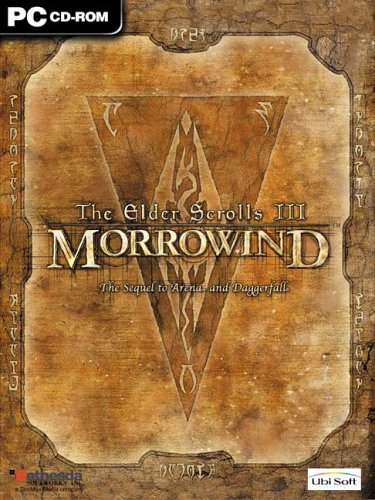 Morrowind may have toned down the scale of the series, but it didn't tone down any of its epicness. Many fans still hold Morrowind to be the best entry in the series. Morrowind revisited the province of Morrowind that had been featured in Arena, completely overhauling the setting. Morrowind features one of the most original landscapes and styles of any game, a far cry from the tropes we see in most fantasy RPGs.

Bethesda really got to realize their vision with this game, introducing a level of freedom that was unheard of at the time. Morrowind and its expansions are games that you do not want to miss. 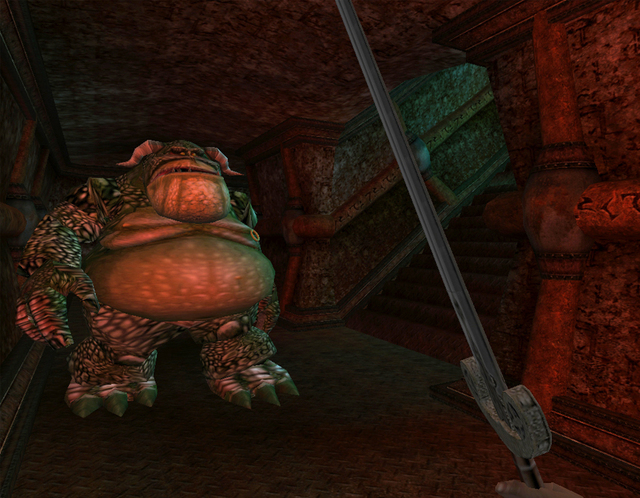 Trivia: A shipwreck in Morrowind contains references to fishy sticks, a meme from the Bethesda forums.

Released for Java enabled cellphones, Stormhold and Dawnstar don't have much going for them. Both lack the depth of the rest of the series, confining the player to a single dungeon. The gameplay had more in common with Eye of the Beholder than the other Elder Scrolls games. Let's pretend these never happened. 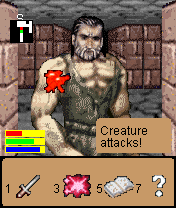 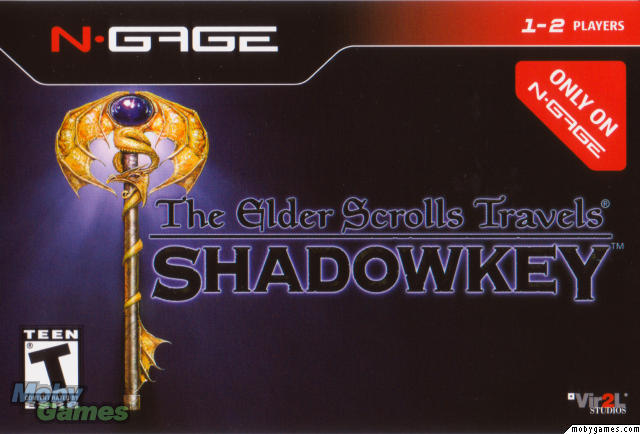 Released for Nokia's ill-fated NGage platform, Shadowkey came closer than any of the other mobile installments of mimicking what makes the Elder Scrolls great. Even though it suffered from poor controls and graphics, it did manage to capture some of the freedom of the main series. 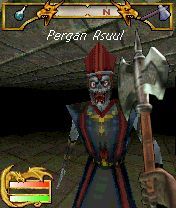 Trivia: Shadowkey was partly set in Skyrim, the title and setting of the latest game in the series 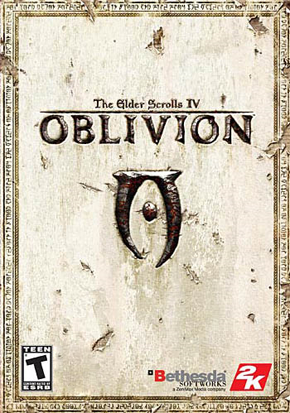 When it was released in 2006, the highly anticipated sequel to Morrowind got a lot of praise and hate. It managed to alienate much of the old fanbase by trying to be more accessible than previous games, but at the same time it brought many new fans to the series. It featured more of a hack and slash based combat system than Morrowind had, similar to the ones in Arena and Daggerfall. Released on the heels of the Xbox 360, Oblivion showed us what that system was capable of with its drool inducing graphics. 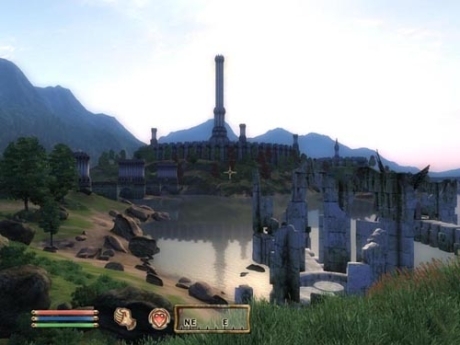 If Oblivion suffered from one problem (and it certainly did), it was that it all felt very cliché. For gamers who had spent half of their lives in Morrowind's wonderfully weird setting, Cyrodil was a bit of a shock, bringing them into a fantasy environment straight out of D&D. In addition to alienating some older fans, Oblivion managed to cause a bit of a moral panic when nude mods were released, causing the ESRB to change the games rating from T to M. And let's not forget the horse armor incident.

Trivia: Oblivion contains references to Arena and Redguard. It featured a gladiatorial arena, with a poster resembling the box art for Arena. Cyrus the Redguard, the protagonist of Redguard, is also mentioned in dialogue.

And there you have it – every Elder Scrolls game that's ever crawled out of the vaults of Bethesda, the good, the bad, and the ugly. Hopefully, it won't be too long until we get our hands on yet another game, then we can look back at Skyrim with the same nostalgia as Morrowind. For more Elder Scrolls coverage, be sure to check out Neowin's full review of Skyrim.