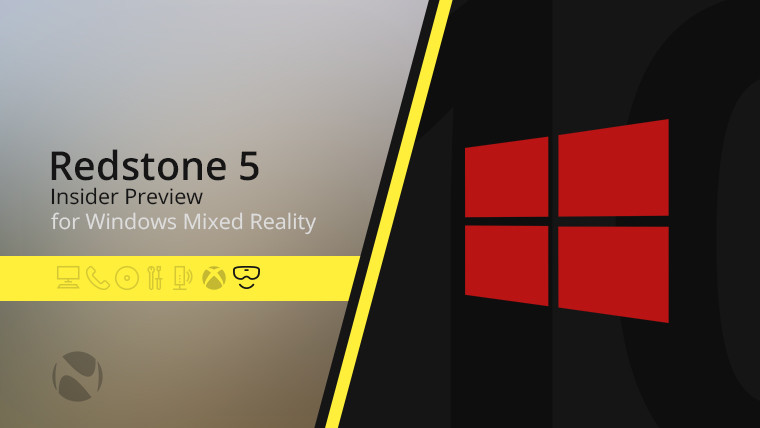 Microsoft's HoloLens tends to be a little behind the regular versions of Windows when it comes to Insider builds, but the time has finally come for the first taste of Redstone 5 to arrive on the headset. Build 17720 was quietly released on Friday, and it includes a host of new features and improvements, including projection to Miracast-enabled devices, new notifications and more. Here's the changelog:

Developers are also getting a couple of improvements in this new build, such as support for the Holographic Camera Capture UI API which allows them to create a way for users to start a camera or video capture from inside other apps. Mixed Reality Capture has also been improved so you'll no longer see black corners around the content of video captures. There's also a host of improvements for commercial customers.

This is also the first build to include support for Chinese and Japanese localizations, but you'll need to sideload the operating system using the Windows Device Recovery Tool, as there is no way to switch languages inside the OS. Bear in mind that this will delete all your personal data.

The new build improves upon some key aspects of the HoloLens, specifically bringing it up to par with regular versions of Windows in many ways. Nearby sharing was recently added to Windows 10, but features such as the Share button in Edge and notifications have been around for a while, so it's good to see the holographic headset catch up. The public release of Redstone 5 should happen sometime this fall, presumably after the PC version.