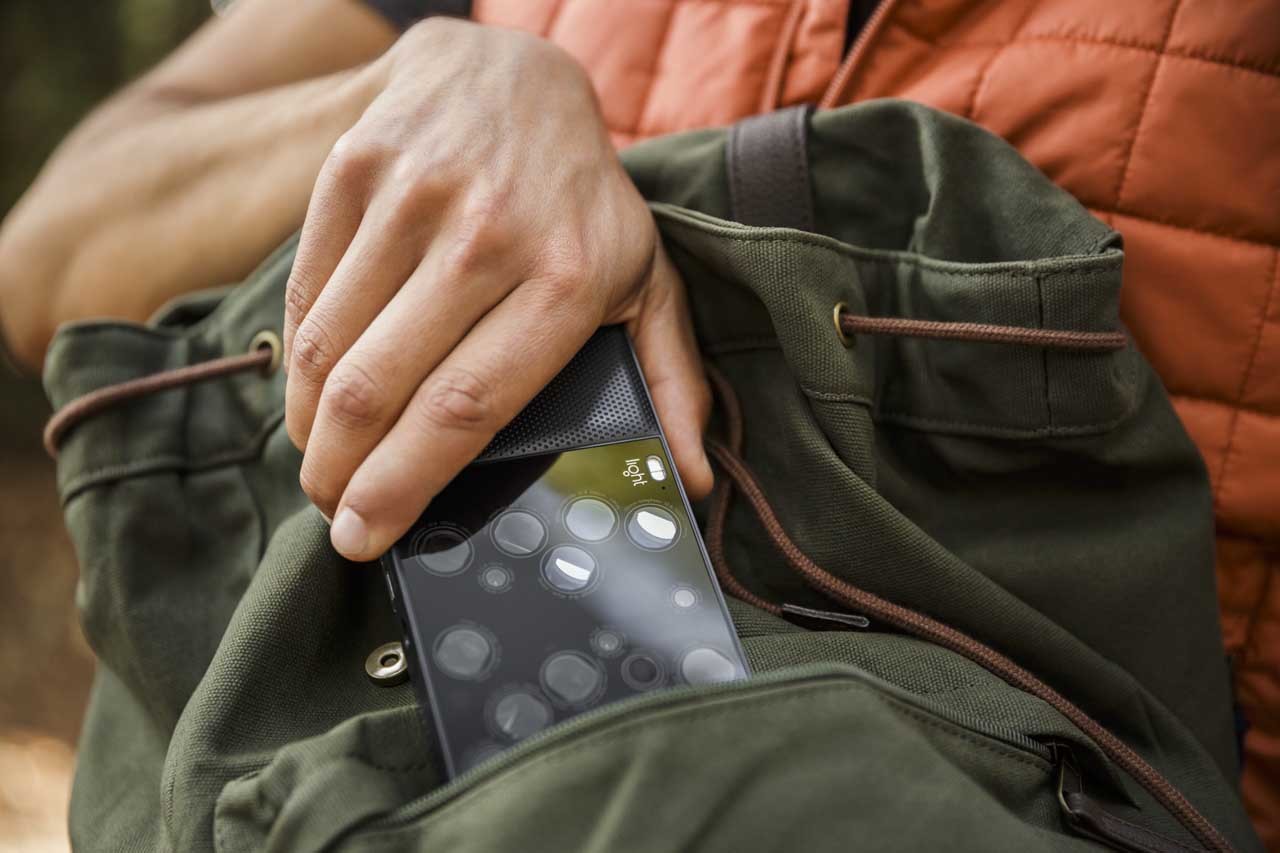 A point and shoot camera with 16 sensors and lenses may give the DSLR a run for its money, though at $1699 it will cost more than most. A startup called Light introduced the odd-looking L16 camera today at the Code/Mobile conference hosted by Re/code.

The industrial design is certainly eye-catching. The L16 looks a bit like a smartphone but is roughly twice as thick. It has 16 separate lenses spread around the front of the body, each with its own 13 megapixel sensor attached. Six of the lenses are 150mm, five are 35mm and five are 70mm. For software, the L16 houses an Android-based touch screen system with WiFi sharing.

The new camera was designed with idea of blending the portability and sharing capabilities of a smartphone camera with the image quality aspirations of a DSLR. It's an ambitious concept with equally ambitious engineering challenges.

Here's how the camera works. After the user chooses a zoom on the touch screen while composing the photo, the camera will utilize up to 10 of the discrete cameras to capture the image. For example, if the user chooses to zoom aggressively, all five of the 150mm cameras are utilized in concert with the five 70mm cameras. Each sensor in the array sends information to the camera, which then composites the image together.

Because so much information is captured, changes to focusing can be made later in editing. For instance, the user can blur the background, like the Lytro cameras can do but unlike any DSLR.

Light is betting that photo enthusiasts will value the superior image quality compared to their smartphones, and that professionals will leave their heavy gear at home in scenarios that require portability.

CEO Dave Grannan told Re/code, “This is how cameras will be made in the future,” referring to the L16. “[The DSLR] is just not going to exist tomorrow.”

Above: The Light Story of how the startup developed the L16.