An unconfirmed render of the upcoming Samsung Galaxy Note8 has revealed the positioning of the fingerprint sensor, after a Samsung executive stated that the upcoming smartphone wouldn't feature an 'under-display fingerprint reader' as was previously rumoured. 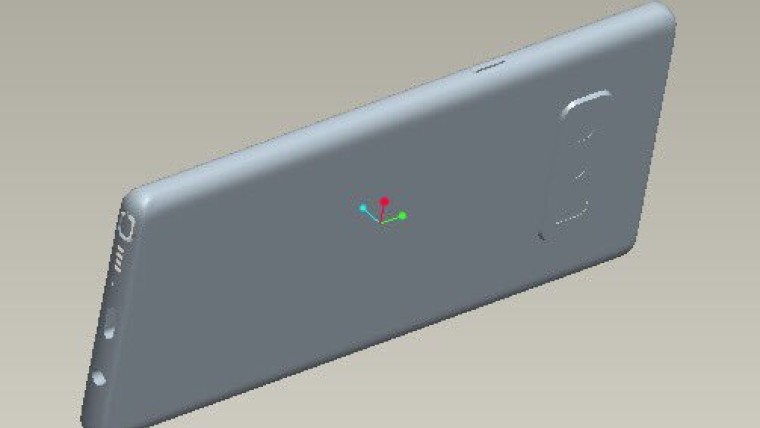 When the Samsung Galaxy S8 launched, reviewers of the device quickly noted that the position of the fingerprint sensor, which was right next to the camera lens, would introduce issues with picture quality. The awkward position would cause users to inadvertently touch the camera bump and cause smudges, which would then make pictures 'blurry'.

The render, which was revealed by the CEO of Slickwraps, a case maker, showed that Samsung moved the sensor away from the camera. It will remain at the top in-line with the camera, which might cause some users to have trouble reaching it like they did with the Samsung Galaxy S8+. From the render, it also confirms a previous render, showing that the new device would have a dual camera set-up like the iPhone 7 Plus.

The new smartphone is expected to be revealed in August and should launch shortly after.