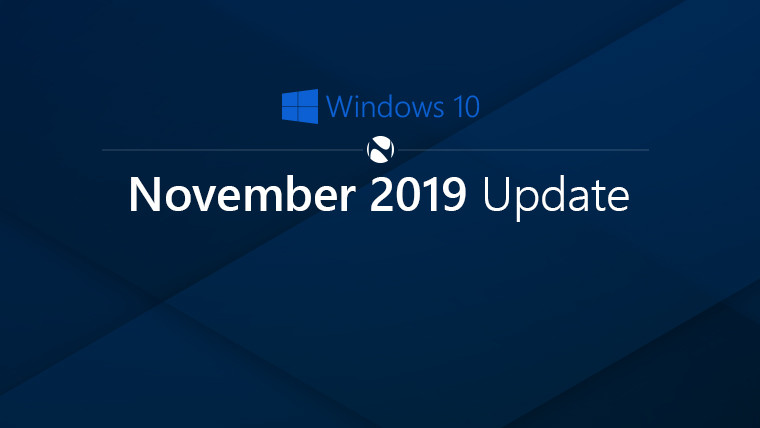 The Windows 10 November 2019 Update has been out for a couple of months now, and now that it's been tested by the public for some time, Microsoft is making it available to everyone. In a new update to the release information page for Windows 10, the company says that any user on a recent version of Windows 10 will now see the update when they click the "Check for Updates" button on Windows Update. This should mean any upgrade blocks have been lifted, since the update has technically been available to seekers since its initial release.

In addition to being available for everyone who searches for updates, the update is now being pushed to more devices automatically, specifically those that are on Windows 10 version 1809, which is set to reach the end of support in a few months. As part of Microsoft's lifecycle policy for Windows 10, feature updates aren't automatically installed unless the user is running a version that's nearing the end of support, which is the case here. The company had already started to automatically update some users, but it seems like it's expanding the pool of targeted PCs.

The Windows 10 November 2019 Update is the smallest feature update Windows 10 has received so far, and in fact, it shares all the same servicing content with the previous version, the May 2019 Update. The only difference is the build number and a few extra features that are enabled in the new version, but technically still present in the previous release.

If you're interested, you can check our guide to the November 2019 Update here to know everything that's new, or head here to learn about which features have been deprecated or removed.