The Witcher: Enhanced Edition by CD Projekt RED is currently available to claim for free on the GOG store, offering everyone a DRM-free copy of the game for 12 hours. The surprise giveaway is already underway, and at the time of writing, there's around 11 hours left on the promotion before it is taken down.

This is the original game - based on Andrzej Sapkowski's novel series - that kicked off the now massively popular The Witcher saga. It introduces players to Geralt of Rivia, a traveling monster hunter for hire with supernatural powers. Originally released in 2007, followed by the Enhanced Edition in 2008, the classic title's setting is described as follows:

Suffering from amnesia you remember nothing of your past. Kaer Morhen, the last remaining keep of the witchers, was attacked by a mysterious organization, just as you were starting to lick your wounds there. The battle is won but the secret recipe for the mutagen, a substance required to create more of your kind, has been stolen. The surviving witchers set out to find and reclaim it and punish everyone involved. Memory loss or not, you are one of them. 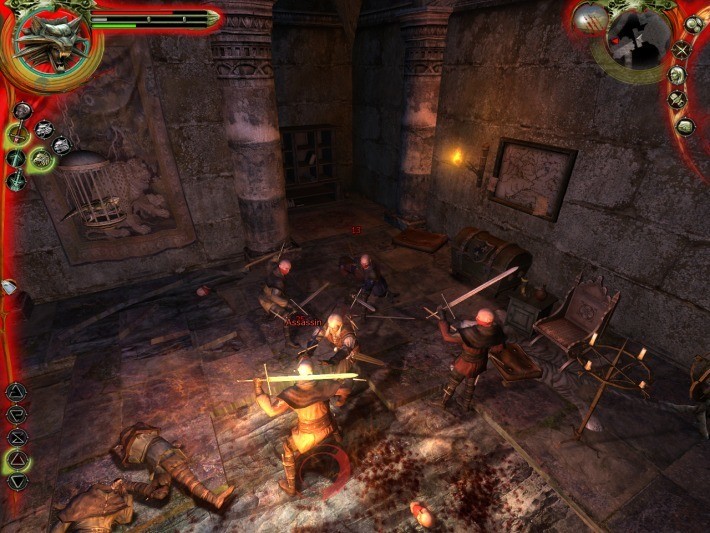 Interestingly, the game has been free to claim for quite some time now for anyone who signs up to GOG's newsletter. It's unclear if this old offer is going away, but there are no signs to suggest this is happening. Perhaps CD Projekt simply wanted to remove the newsletter barrier for a short while.

To claim The Witcher: Enhanced Edition using the new giveaway, either follow the purchase link on its official store page or head to the GOG store's front page and click on the 'Get it FREE' giveaway banner on top. The promotion will come to a close today, August 6, at 3PM PT. As with most other GOG games, there are some goodies included with the game too, including the soundtrack, artbook, creator interviews, and more.