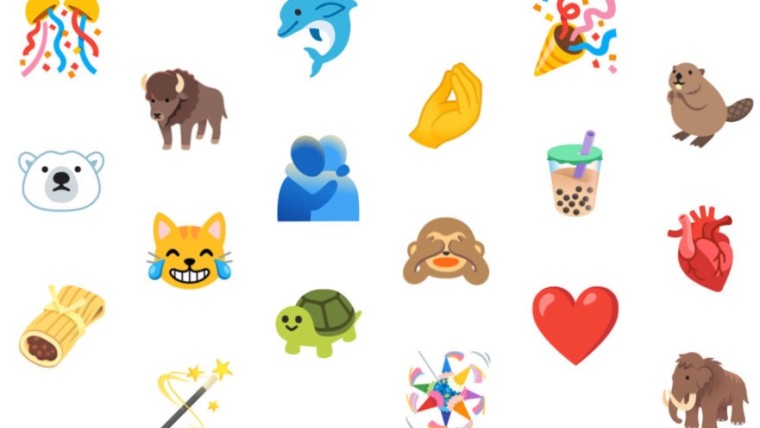 Just a day before World Emoji Day, Google has shared the list of the 117 new emoji that it will be debuting with Android 11 later this year. This will include some 62 new characters along with 55 skin tones and gender options. The new emoji focus on "empathetic expressions," different cultures, and equity. THis can be seen from the addition of new emoji for boba tea, tamale, long drum, a piñata, people hugging, a main in a veil, and more.

The new additions to the emoji list including animals like bison, beaver, polar bear, and more. Google worked with the Monterey Bay Aquarium and Victoria Bug Zoo to give these new animal emoji an authentic look. Some of the emoji set was also redesigned so that they look good while using dark mode. Google has also restored the design of some popular emoji which it had previously modified.

The new emoji will be a part of the final release of Android 11 due to release in September this year. However, you will not have to wait until then to use them. With the latest Gboard beta, Google is debuting a quick access emoji bar that will let one easily find the emoji they are looking for. While the new emoji can be found in the latest beta, they do not show up in the emoji bar search results for now.