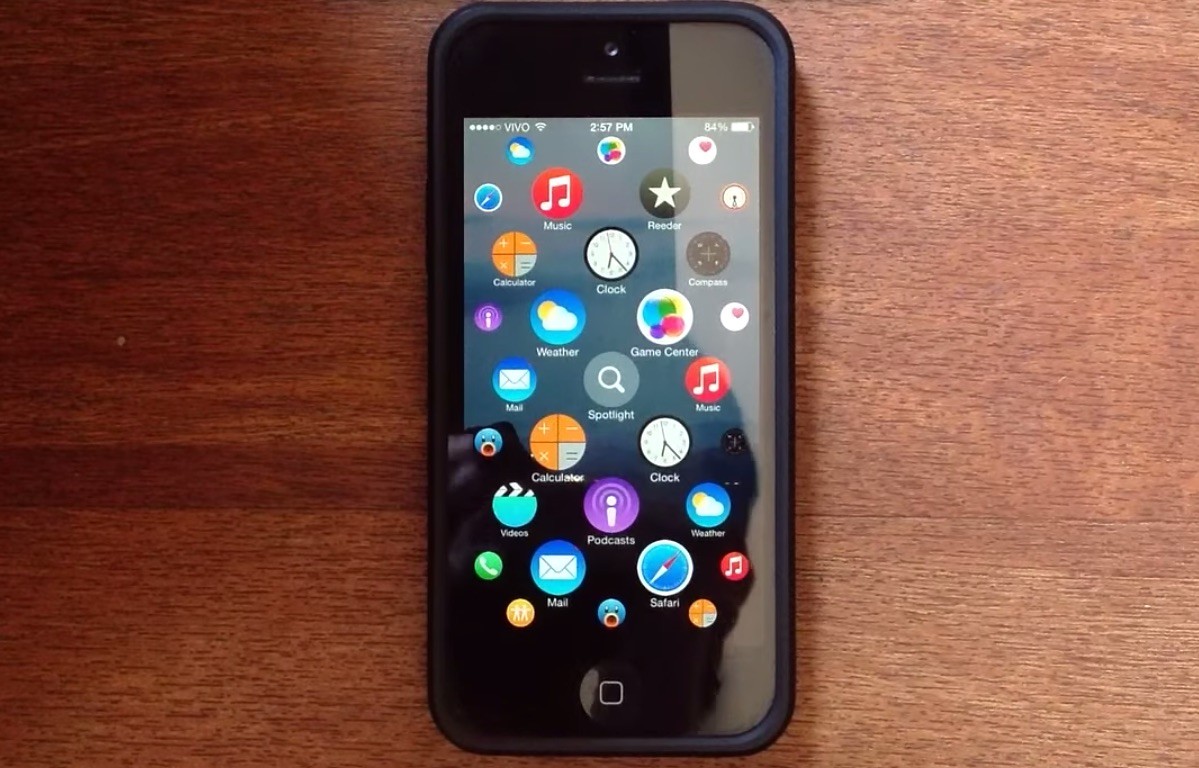 Although the Apple Watch won't see a release until next year, this isn't stopping able-bodied users from embodying the design into other product's UI's. Most recently, it looks like one ambitious programmer has taken it upon himself to transfer the unique interface to his iPhone.

The inspiration for the project started when programmer Lucas Menge, read an article about modernizing the iOS home home screen by utilizing the design language from the Apple Watch.  The result, although only a prototype, is fairly impressive.

The iOS home screen has been completely changed to reflect the interface that is found on the Apple Watch. The icons span edge to edge, making better use of the screen real estate. Menge has also made navigation a bit simpler by adding a function that will allow you to zoom in and out of the icon map just by tapping in the corresponding section or tapping a blank area.

While the Apple Watch might have been a little bit of a let down for some, the interface is actually pretty clever and different when compared to what is currently available on any other wearable. For those that are curious and want to be a bit adventurous, you can find a link to Menge's code in the source link below.